Quality of mid-day meals poor in most Delhi schools 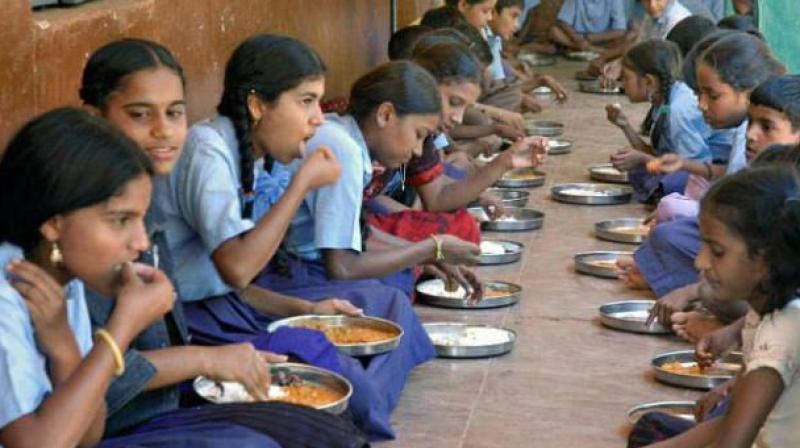 An RTI reply has revealed that about 80 to 90 per cent of the meal samples collected for laboratory testing between 2010 and 2014 failed to comply with the nutrition standards set by the authorities for mid day meals. (Representational image)

New Delhi: While a nutritious meal is the requirement for a healthy body and an agile mind, most mid-day meals served in Delhi schools have failed the very parameter. Most of the meal samples collected from various organisations that cater to the Delhi government schools have been found to be below standard and they also lack required nutrition content.

Time and again, questions have been raised in the nutrition value of the mid-day meals served in the government schools and the alarming statistics only reinforce the need to supplement these meals with healthier options. In 2001, the Supreme Court passed an order stating, “A basic entitlement of every child in every Government and Government assisted Primary Schools with a prepared mid-day meal with a minimum content of 300 calories and 8-12 grams of protein each day of school for a minimum of 200 days.”

The Aam Aadmi Party government had recently included bananas and eggs in the mid-day meals served in the Delhi government schools in a bid to make them healthier. The government had pumped in Rs 55 crore in its annual budget 2017-18 for the mid day meal scheme and had also planned to expand the scheme’s coverage to all students of Class IX to XII in girls schools.