The hour-long clash had put the law enforcement agency on their toes to control the situation and had to resort to firing in the air and lathi charge. 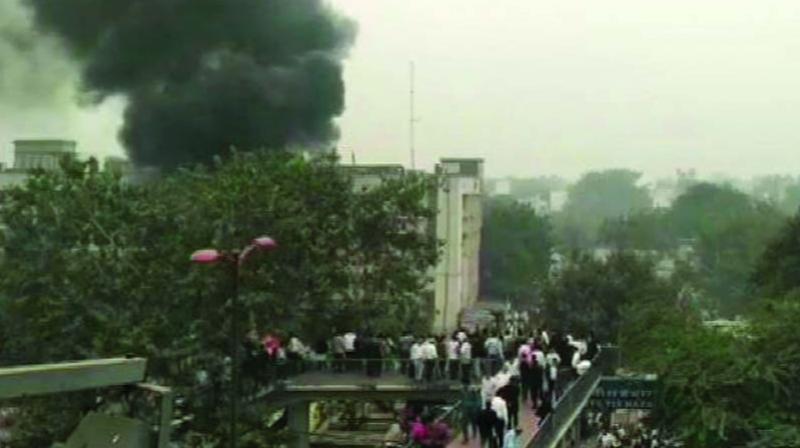 Police vehicles vandalised and torched after clashes between lawyers and policemen at Tis Hazari Court in New Delhi on Saturday.

The hour-long clash had put the law enforcement agency on their toes to control the situation and had to resort to firing in the air and lathi charge. A special investigation team (SIT) of the Crime Branch will investigate the cases of both sides while the Special CP will enquire into the entire sequence of events.

The lawyers alleged that the police had opened fired on them, in which two advocates sustained bullet injuries. However, the police denied that it opened fire. The agitated lawyers also burned the prison locker room and the generator room in the court complex. 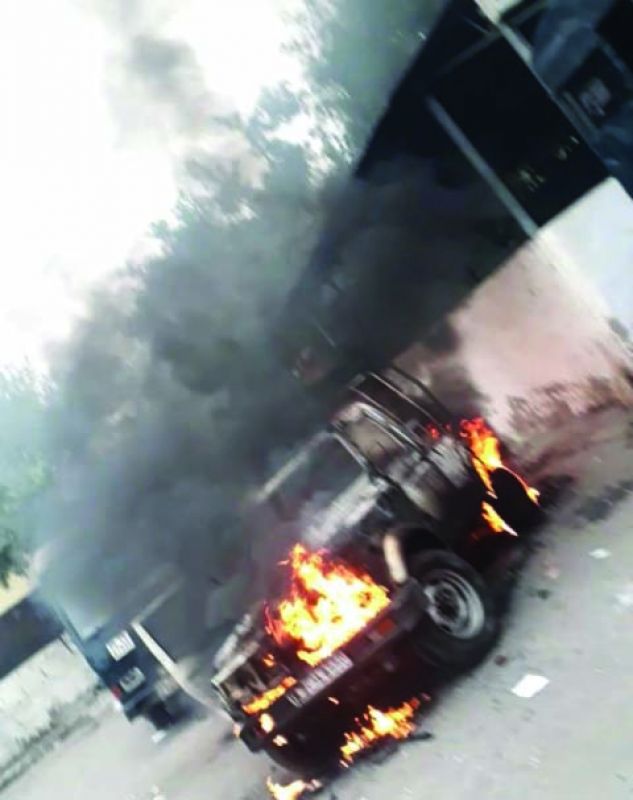 The police added that at around 2.00 pm, an argument ensued between the advocates and the sentry of 3rd battalion, posted outside the lockup of Tis Hazari courts, over the issue of parking of a car by the advocate in front of the lockup. The sentry requested the advocate to park the vehicle at the proper parking as the said parking would have hindered the movement of under trial prisoner vehicles.

In protest, a large number of advocates of the Tis Hazari court assembled near the lockup.

CCTV footage examined so far has shown that lawyers forcefully entered the lockup and started manhandling the police officials on duty, cops added.

The senior staff reached the spot and tried to counsel the advocates, but they started assaulting the police personnel mercilessly. Further, they also set on fire some police vehicles. When they stormed into the lockup, the police had to resort to firing in the air for the safety of the under trial prisoners and in self defence.

The circumstances of the gunshot injury to the lawyer are being further investigated with the help of the CFSL team.

Several videos of the incident, in which lawyers can be seen beating police personnel and damaging police cars, were doing the rounds on social media websites and WhatsApp on Saturday evening.

Huge posses of police and anti-riot vehicles were deployed at the site after the violence.

The secretary of Tis Hazari Bar Association, Jaiveer Singh Chauhan, said that at around 3.00 pm on Saturday the trouble began when a lawyer’s car allegedly hit a police jail van in the complex, following which an argument broke out between him and the police. “The lawyer was taken into the prison locker room in the court complex, where he was manhandled by police personnel. A few of his colleagues tried to free him. The district judges of the Central and West district, along with six other judges, went there but were unable to get the lawyer out,” he said.

Lawyers alleged that the police personnel resorted to firing in an attempt to disperse them, following which at least one of the police cars stationed at the complex was set on fire.

Bar Associations condemned the incident and called a one-day strike across all district courts in the national capital on November 4.

K.C. Mittal, the chairman of the Bar Council of Delhi, said: “We strongly condemn the brutal and unprovoked attack on lawyers by the police at the Tis Hazari court. One lawyer is critical. A young lawyer was beaten in the lockup. They should be dismissed and prosecuted. We stand with the Delhi lawyers.”

The Tis Hazari court Bar Council election will be held on November 5.