From January 1, single card for travel in DTC buses, Metro

The common mobility card required the software used by DMRC to be integrated with DTC buses. 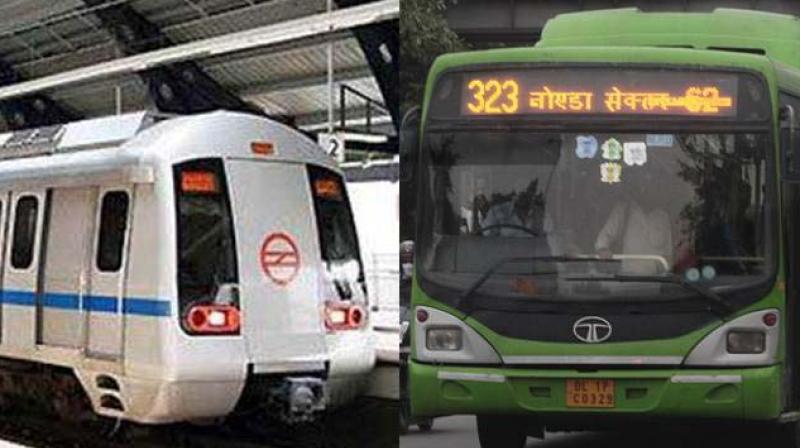 The common card was to be launched last year, but was delayed. Sources said that the trials to swipe Metro cards in the ETMs had already been conducted in the October last year, but the project could not take off.

New Delhi: Cashless travel between different modes of transport will soon be a reality with the common mobility card scheme finally coming into effect from January 1. The card will provide seamless commute between the Metro and the buses operated by the Delhi Transport Corporation (DTC).

“Mobility card will be finally launched for the DTC from January 1. The system for swiping Metro smart cards inside the DTC buses for commute is ready. Delhi Metro Rail Corporation (DMRC) has provided the integration system through which the information will be stored. They (DTC) will provide the machine in their buses which can read the cards,” Metro chief Mangu Singh told this newspaper.

The DTC at present operates a fleet of 3,940 buses. The electronic ticketing machines (ETMs) in the buses will be able to read the cards and provide an e-receipt. This will not only provide a cashless commute between the two modes of transport, but will also resolve the issues of finding change to pay for the bus tickets.

The idea of a common mobility card, to provide a seamless travel between different modes of transport, was conceptualised way back in 2010 on the lines of similar cards available in the public transport systems in cities such as London, Hong Kong, and Seoul. A brainchild of the then urban development ministry, it was planned to have a single card for seamless travel for all public transport including Metro, bus, taxis, auto-rickshaws, and even to pay at the parking lots. But the project has been hanging ever since.

The common card was to be launched last year, but was delayed. Sources said that the trials to swipe Metro cards in the ETMs had already been conducted in the October last year, but the project could not take off.

“DTC had widely publicised the benefits of using the ‘common card’ for travelling in public transport in its annual booklet at the India International Trade Fair last year,” a source said.

The common mobility card required the software used by DMRC to be integrated with DTC buses.

“All the modalities for the successful working of the common mobility card have been worked out. It just needs a final go-ahead before the services can be launched,” said a transport department official.

In 2011, smart cards named “More” were issued. Initially, it was planned that these cards would be used for commute in Metro also. The ministry said that true to its name, the “More card” would facilitate travel in more than one mode of public transport. However, the use of the cards could not be extended beyond commuting in the Metro. It was then decided to integrate the Metro’s smart card software with the DTC’s fare collection system. However, even after successful trials last year in October, the scheme did not take off.