Tihar jail gets its own handwritten newsletter 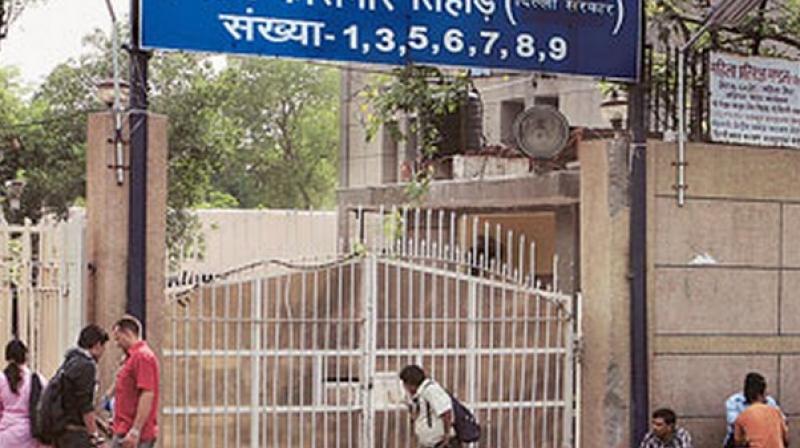 The idea was initially proposed by Mahmood Farooqui, co-director of Peepli Live and dastangoi artiste, who was jailed for the alleged sexual harassment of a crewmember. After senior official of Tihar jail cleared the proposal, an editorial team of inmates produced a first newsletter, under the supervision of Farooqui, who is also presently lodged in Tihar.

“The newsletters are getting famous among all especially with inmates who are not familiar with Hindi and English. Inmates have formed their own editorial team that collects materials from all of the contributors. After the material gets compiled by the editorial team, it is scrutinised by respective jail superintendents to avoid publication of any offensive material,” said a senior official of Tihar jail.

He added that after the clearance, the newsletters were photocopied and made available to inmates in the prison library, parks and eating areas.

In the latest issue, which was released on December 10 to coincide with Inter-national Human Rights Day, prisoners wrote about demonetisation, death of Tamil Nadu chief minister J. Jayalalithaa and also had some jokes.

Senior officials of Tihar jail have welcomed the initiative taken by inmates as it will help them to establish two-way communication and get to know about scope for correction.

A senior official of Tihar jail said that among the inmates there are many from various fields like art, theatre, movies, engineers etc. “Tihar is not just a prison but is also a reform centre we thought a newsletter would make a difference with the contribution of inmates. Its objective is also to inspire inmates to utilise their time creatively and productively,” he said. The first issue has four to five pages. The pages will be increased according to inflow of content. The jail authorities help the team by providing them with stationery and plan edit meeting times.

At present there are three other newsletters in Tihar — Tihar Karagar Samachar, Tihar Akhbar and Shakti Times.