Trade leaders from different states had joined their Delhi counterparts to take out a protest from Red Fort to Town Hall in Chandni Chowk. 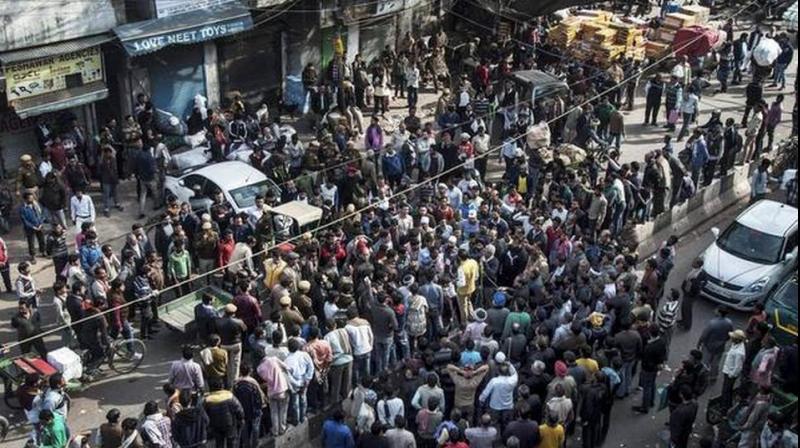 New Delhi: Markets will open on Sunday after a two-day "Delhi Bandh" against the sealing drive by civic bodies, the traders' organisation that had called the shutdown said.

A 12-point charter has been sent to the Union Urban Affairs Minister Hardeep Puri, urging him to take necessary steps to mitigate the problems of the traders caused due to the sealing, said Pravin Khandelwal, general secretary of Confederation of All India Traders (CAIT).

"The 48 hours Delhi Bandh was spontaneous and successful and amply reflected the amount of anguish and resentment of the traders. The markets will open today," Khandelwal said.

He claimed the strike was a "great success".

Trade leaders from different states had joined their Delhi counterparts to take out a protest march from Red Fort to Town Hall in Chandni Chowk and later sat on a dharna demanding "justice" over the sealing issue.

Protest marches and demonstrations were also held in various markets across Delhi, he said.

"Arbitrary sealing (was) conducted by the monitoring committee in the most dictatorial manner keeping aside the law book of MCD Act, 1957," alleged Khandelwal.

The charter of demands sent to Hardeep Puri, included allowing basement for commercial use, waiving of penalty and interest, discontinuing parking facility in fixing floor area ratio, fixing limit of conversion charge for ten years, among others.

The Delhi Development Authority proposed bringing uniform floor area ratio for shop-cum-residence plots and complexes at par with residential plots on Friday, a move that could provide relief to traders facing the threat of sealing.

The sealing drive was started by the north and south municipal corporations, on instruction of a Supreme Court appointed monitoring committee, to seal commercial units flouting the Delhi Master Plan 2021 norms.