Bridges Academy: A ray of hope for Afghan teenagers in Delhi

The system which the institute is following is equivalent to high school education called GED: general educational development. 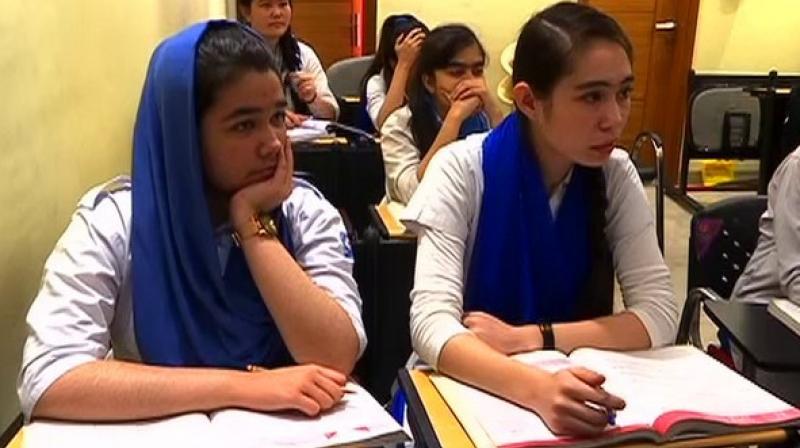 New Delhi: The education system in Afghanistan has taken a severe hit due to decades of conflict.

Many Afghans fled their homes and took refuge in Pakistan, India, Middle East and Europe.

There are approximately 10,000 Afghan refugees in New Delhi. Several organisations are working to provide basic education to their children. One such institute is the Bridges Academy. The school is dedicated specifically to serve the Afghan community living in Delhi.

"The Bridges Academy works under a registered trust called Transerve Educational Foundation. It mainly caters to the educational needs of refugee Afghan teenagers in Delhi, since most have to come to Delhi due to the prevailing war-like situation in Afghanistan. Some of us who initiated this foundation felt that they were not having adequate educational facilities in Delhi." informed David, the Principal of the Bridges Academy in Lajpat Nagar.

The academy is giving an opportunity to hundreds of Afghan children to learn and complete their education. The academy focuses on teaching English to the children, besides making them learn basics of science, mathematics and social studies.

Sara, an Afghan student, said, "The education system of Afghanistan is very different from India. In Afghanistan, the teachers used to beat the children while teaching and I think it the worst way to teach and in that way no one learns. The Bridges Academy has helped me a lot. I have joined this academy last year, and since then, I have learned a variety of things like communication and language, etc. The teachers are very nice, they don't only teach us the subjects, but help us to understand the basic concepts.

Most of the students are not able to get admission in government or private schools in Delhi. The system which the institute is following is equivalent to high school education called GED: general educational development.

If the Afghan children clear this examination and get a certificate they can gain entry in most of the universities in America and Canada.

The biggest challenge for the students and the institute is language, as most of the students have studied in Dari language in Afghanistan.

"Since they didn't study subjects in English medium, they have to start from scratch. And if their English is reasonably okay then we will admit them in eighth grade and they will pick up English and gain terminology related to science, social studies and mathematics. It's a tough thing and we have to cope with the situation and do our best because we are serving this community and in one sense they are underprivileged so we wanted to cater to their needs it's a big challenge for us," said David.

If some students wish to pursue their education in India, they have an option of appearing in the National Institute of Open Schooling (NIOS). With this education curriculum, the children can gain dual certificates and complete their education either in India or abroad.

This school is a boon for the Afghan children to continue their studies and make a bright future for themselves.