In March, 2018, the CBI had informed the Delhi high court that its efforts to locate Virender Dev Dixit. 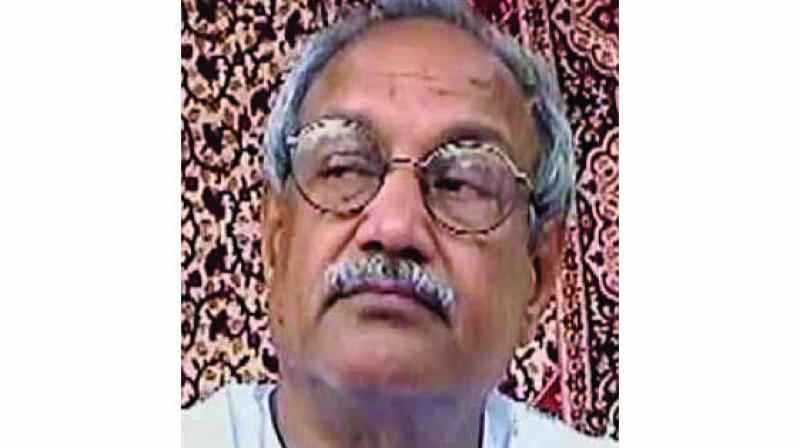 New Delhi: The CBI has announced a reward of Rs 5 lakh to anyone who can provide any information leading to the arrest of self-styled preacher Virender Dev Dixit, who is wanted in cases of alleged rape of his disciples.

The CBI has urged the citizens to share any information with the agency on phone 011-24368657, Fax 01124368662 and email spstfdel@cbi.Gov.In, which can lead to his arrest, CBI spokesperson Nitin Wakankar said. He also said that the identity of the person providing information will be kept a secret.

In March, 2018, the CBI had informed the Delhi high court that its efforts to locate 77-year-old Dixit, who had allegedly confined several women at his ashram, Adhyatmik Ishwariya Vishwa Vidyalaya, in Rohini, have not yielded results so far. “The agency has informed that Dixit is absconding and has not joined the investigation and efforts are being made to trace him in Nepal,” a High Court bench had said. The agency had issued two lookout circulars on January 22, 2018 and February 22, 2019 against him.

An Interpol blue notice to locate him has also been issued on the request of the CBI on March 26, 2018. The Delhi high court had on December 20, 2017 directed the CBI to investigate the alleged illegal confinement of girls and women in the ashram where they were kept in “animal-like” conditions behind metal doors in a “fortress” surrounded by barbed wire. The CBI has taken over probe into the three FIRs registered by Delhi Police at Vijay Vihar police station in Rohini by re-registering them, CBI officials said. The two cases are against Dixit for alleged rape and criminal intimidation, while one case is against unidentified people for allegedly obstructing the work of a high court-appointed committee, which went to the ashram on December 19, 2017. The court had asked the CBI to investigate the FIRs lodged in Delhi against the Rohini-based ashram and its founder-cum-spiritual head Dixit and the daily diary entries relating to complaints of missing girls, commission of sexual offences and even a case of suicide there.