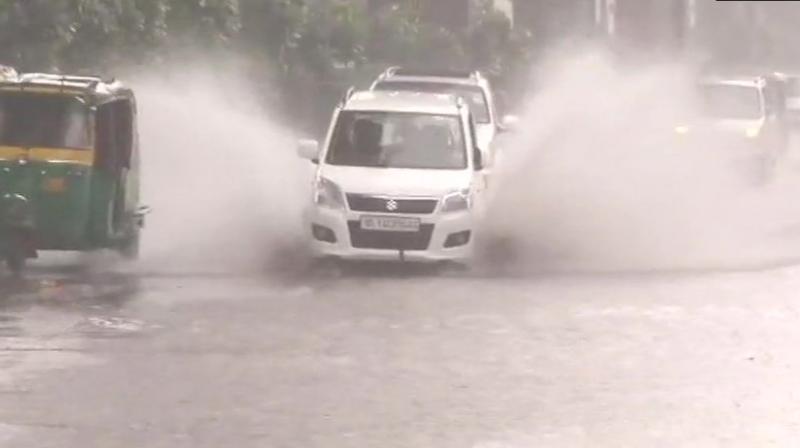 The Delhi traffic police posted ale-rts on its Twitter handle to inform commuters about which routes to be avoided. (Photo: Twitter | @ANI)

New Delhi: Due to rain and waterlogging, the residents of the national capital and NCR had to face inconvenience on the third consecutive day this week, after rains lashed the city on Monday, following the traffic snarls.

Heavy traffic was reported near Mundka metro station due to waterlogging, causing inconvenie-nce to commuters. Inund-ated roads caused traffic snarls in capital’s Daksh-inpuri and Brahampuri areas. As per forecast by the India Meteorological Department (IMD), moderate to light rain will continue for the rest of the week. The national capital recorded 41.6 mm rainfall between 8.30 am and 5.30 pm on Mond-ay. Significant rain was recorded all over the city with Lodhi Road receiving 25.9 mm, Ridge 24 mm, and Palam eight mm of rainfall. The rains, however, brought relief from humidity and heat in the city, as the mercury was recorded five notches below normal for this part of the season.