Kejriwal was accompanied on the inspection by health minister Satyendar Jain and senior officials of the health department. 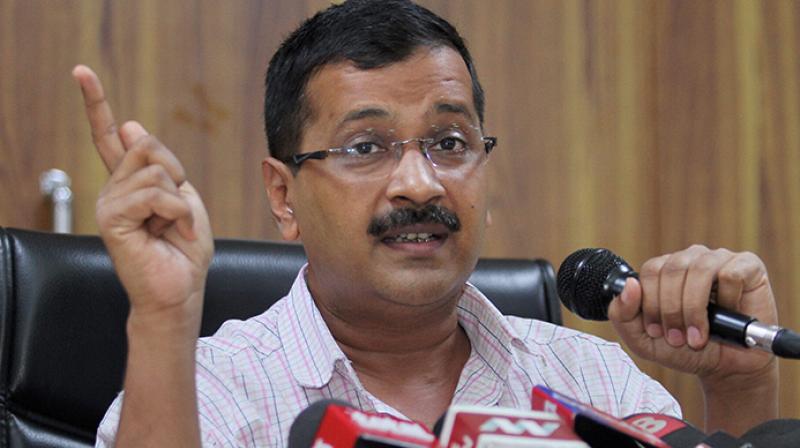 New Delhi: Delhi chief minister Arvind Kejriwal on Tuesday said that he will request lieutenant governor (L-G) Anil Baijal to approve the appointment of pharmacists in city hospitals so as to avoid long queues for medicines. The announcement came hours after he conducted surprise visits at two city hospitals —  LNJP and GB Pant — on Tuesday.

Mr Kejriwal was accompanied on the inspection by health minister Satyendar Jain and senior officials of the health department. The chief minister interacted with patients at both hospitals and on finding out that some medicines were not available at GB Pant Hospital, he summoned the director of the hospital to his office and told him to ensure the waiting time at the medicine counters be reduced.

He also interacted with patients lining up at the GB Pant medicine counter and asked them whether they were getting all the prescribed drugs.

“There were a few medicines which were unavailable at the GB Pant Hospital. Mr Kejriwal checked the records of the medicines available. Upon learning about the shortage of some medicines, he asked the hospital director to come to his office at the Delhi Secretariat,” a government statement said.

At the LNJP Hospital, the patients told Mr Kejriwal they were getting the medicines prescribed at the hospital counter. “However, the chief minister told the medical superintendent/director of both hospitals to ensure that the waiting time at the medicine counter is cut short as much as possible and to keep a stock of all medicines,” the statement said.

On May 25, the CM paid a surprise visit to Sanjay Gandhi Medical Hospital and expressed his displeasure over the policy of free medicines and diagnostic tests “not being properly implemented” there”.