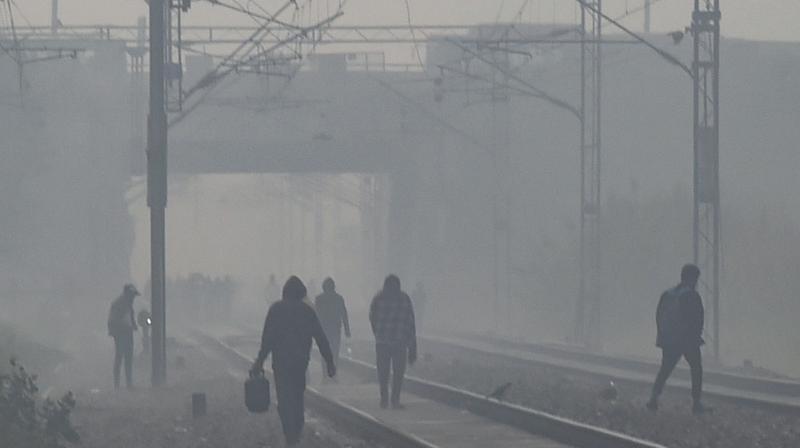 People walk on and along railway tracks amid low visibility due to fog, during a cold winter morning, in New Delhi. (Photo: PTI)

New Delhi: The air quality in the national capital continued to remain in the "very poor" category on Wednesday with the overall Air Quality Index (AQI) at 369, according to the System of Air Quality and Weather Forecasting And Research (SAFAR).

High winds and intermittent rains are likely during January 5 to 8 which is expected to improve AQI significantly to the "lower end of very poor" category through strong dispersion and wet deposition.

According to the India Meteorological Department (IMD), no cold wave conditions will likely prevail in northern India for the next 6-7 days.

New Delhi recorded 12.6 degrees Celsius at 8:30 am on Wednesday.