Two drains will be dried up to store treated water

DJB has also commissioned a study on possibility of storing water in Bhatti Mines. 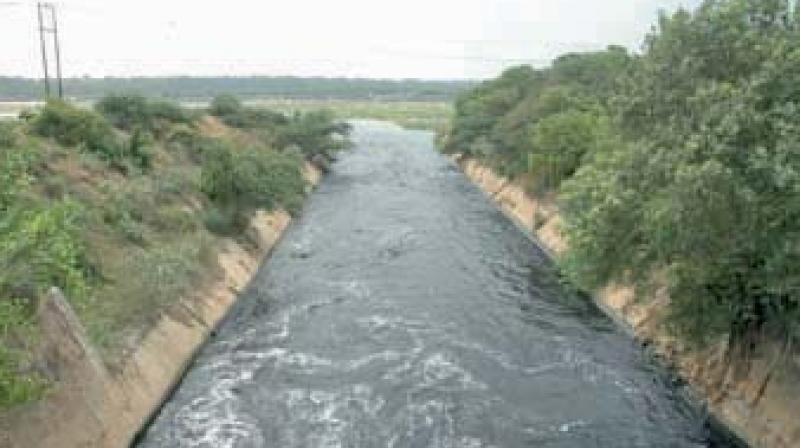 Last year, the Delhi Jal Board (DJB) had commissioned a study regarding the possibility of storing water in Bhatti Mines pits and Palla floodplains.

New Delhi: In order to work towards groundwater recharge, the DJB has taken up work to dry up two drains coming from Haryana and store treated water in it.

The two drains — Drain number 6 and Bawana drain — which merge with supplementary drain and eventually fall into the Yamuna, carry huge contamination load.

Under the project, the first drain will be intercepted near Narela and the water will be taken to the Narela Sewage Treatment Plant and treated. By doing this, a 10 km stretch of the drain will be free for conservation and rejuvenation activity.

“Right now the drain is carrying polluted water. It covers 15 km before it merges into another drain. So in this project, a downstream stretch of 10 km will be dried up. We will fill that area with clean water for groundwater recharge,” said a DJB official.

The water will then be used for nearby water bodies in Singola and Narela area.

Similarly, a part of Bawana drain will be dried up and water will be diverted to Bawana Common Effluent Treatment Plant for treatment.

“Also, the irrigation and flood control department will be treating another drain, Gogha drain, using Wetland system,” he said.

The project was approved in a recent board meeting and is expected to cost around Rs 18 crore.

Last year, the Delhi Jal Board (DJB) had commissioned a study regarding the possibility of storing water in Bhatti Mines pits and Palla floodplains.

A preliminary report had suggested that 2.3 million cubic metre of water can be stored in Bhatti Mines. A feasibility report on it is expected soon, while work of System Control and Data Acquisition is going on in case of Palla.