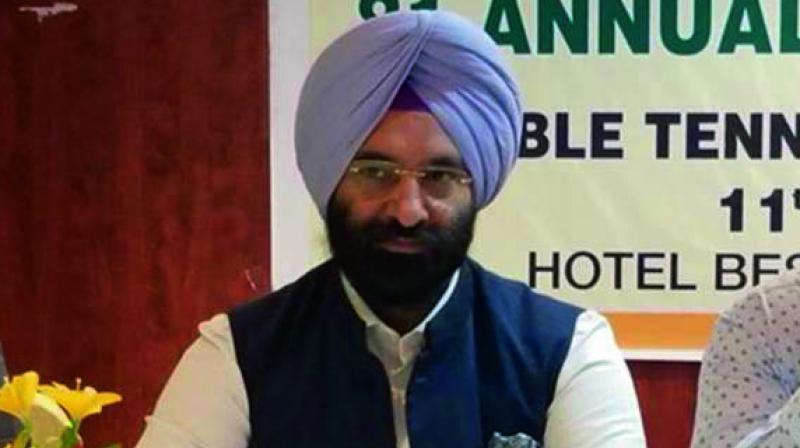 New Delhi: The proceedings of the Delhi Assembly were adjourned twice on Wednesday amid protests by the ruling AAP legislators who trooped into the Well alleging casteist remark by BJP MLA Manjinder Singh Sirsa. Normalcy restored and the House took up its scheduled business after the BJP legislator tendered an apology.

“I did not intend to hurt anyone and I apologise if anyone felt so due to my remark,” he said. Earlier, Delhi Assembly Speaker Ram Niwas Goel had adjourned the House proceedings for half an hour as AAP legislators trooped into the Well, demanding suspension of Mr Sirsa over his alleged “casteist” remarks.

Nitin Tyagi, the AAPs MLA from Laxmi Nagar, demanded action against Mr Sirsa. Other MLAs of the ruling party also supported Mr Tyagi. The Aam Aadmi Party legislators trooped into the Well of the House, demanding suspension of Mr Sirsa, an MLA from the Rajouri Garden constituency.

The Speaker requested the legislators to go back to their seats, but when they did not relent, he adjourned the House proceedings for 30 minutes. The AAP legislators continued to raise slogans saying — Sirsa ko bahar karo — and again trooped into the Well of the House, forcing the Speaker to adjourn the House again for 15 minutes.

When the House reassembled after the second adjournment, Mr Sirsa sought an apology paving way for restoration of normal business by the House. On Tuesday, AAP legislators accused Mr Sirsa of using “casteist remarks” in the House while participating in a discussion on “hardship” being faced by the sanitation workers of municipal corporations