The counsel said despite a complaint to the corporation, no action has been taken to prevent destruction of the heritage building. 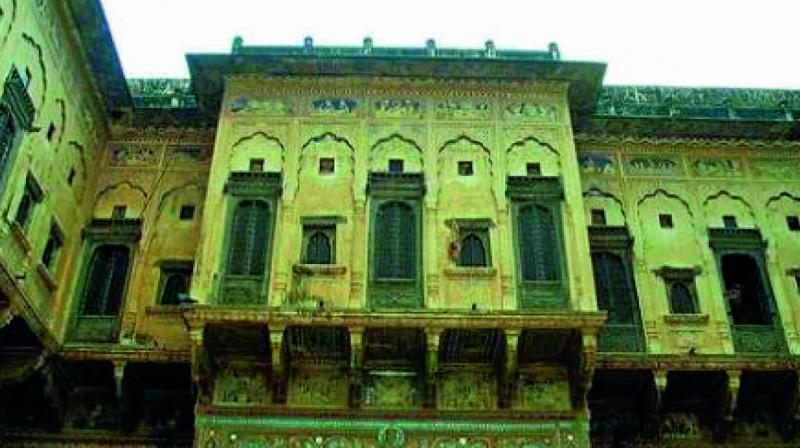 A file picture of Haksar Haveli in Old Delhi

New Delhi: Haksar Haveli, the centuries-old heritage building in Old Delhi where India’s first Prime Minister Jawaharlal Nehru got married to Kamala Nehru, is on verge of being destroyed by builders for their “financial lust”, the Delhi high court was on Wednesday told.

The issue was brought before the court by advocate M Qayam Ud Din, representing petitioner Kusum Sehgal, who submitted that unauthorised construction was being carried out in the famous heritage property and placed certain photographs of the ongoing construction before the court.

This prompted a bench of Acting Chief Justice Gita Mittal and Justice C. Hari Shankar to order an inspection of the property on Wednesday itself by authorities including the commissioner of North Delhi Municipal Corporation and police officials.

The court, while terming it as an “extremely serious” matter, said “stringent and immediate action is called for” and directed the Delhi police to ensure that no construction is carried out in the building in violation of law. The bench sought a report from the corporation to explain how such illegal construction was being done in properties, including two heritage buildings, without any permission and action taken against the officers who have permitted the same and directed the municipal body’s commissioner to examine the matter.

Jawaharlal Nehru had gone to the Haksar Haveli, situated in the walled city, to marry Kamala, who was residing with her family there, on February 8, 1916.

The beauty of Haksar Haveli, which used to host lot of ‘mushairas’ and musical programmes till a few years ago in Old Delhi’s Sitaram Bazar, is being taken away with illegal and unauthorised construction being carried out at the premises, the court was informed.

“One property which is being destroyed is of Indira Gandhi’s mother who used to stay here. Even Jawaharlal Nehru had come here to marry Kamala. Builders are destroying this heritage building for their financial lust,” the petition has claimed.

Sehgal claimed the property was sold in 1966 to one Khandelwal family which thereafter sold it to some builder who is now carrying out the construction.

The counsel said despite a complaint to the corporation, no action has been taken to prevent destruction of the heritage building.

Besides this property, the petitioner has also alleged illegal construction is being carried out in several other properties. Advocate Anil Aggarwal, who has been appointed amicus curiae in the matter, said such illegal constructions are being completed in a quick but dangerous manner.

The court issued notice to the corporation on the plea, which alleged that no sanction has been taken from NDMC before construction, and listed the matter for further hearing on April 13.