She expressed her disappointment and surprise over many auto-rickshaw drivers not agreeing to drop women. 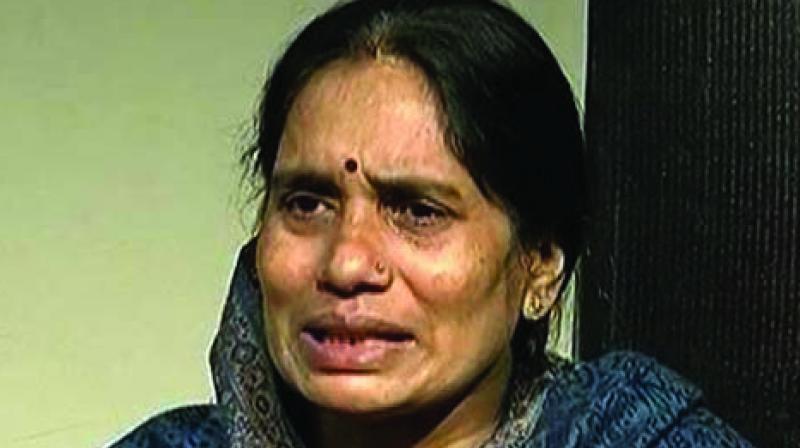 New Delhi: Asha Devi, the mother of the December 16 gangrape victim, said on Friday that the family members of rape victims should be allowed to witness judicial proceedings in the Supreme Court, which otherwise requires necessary documentation by lawyers to allow them entry inside the court room.

Devi explained the difficulties faced by her in the past in getting inside the Supreme Court room to witness the crucial proceedings of the gangrape and murder case involving her daughter.

“Just imagine, how helpless you feel when you are not able to witness the proceedings of your daughter who was brutally raped and killed in your quest to seek justice for her. After the matter moved to the Supreme court, on two such occasions we could not enter the courtroom and waited outside.

“It was only through others that we could get to know the details and developments taking place in the case,” she said. In criminal cases, the prosecuting agencies such as police and CBI and accused or the convict are the parties and hence they are allowed to witness the court proceedings after lawyers concerned verify their applications for entry.

With a streak of tear sliding down her cheek, Devi said that she has been fighting for justice for her daughter for the last six years and still the culprits have not been hanged.

“The loopholes and the slow-moving process in our system makes me lose faith in the judiciary but then when another woman gets raped, my resolve to secure justice for my daughter and set an example gets strengthened,” she said.

She expressed her disappointment and surprise over many auto-rickshaw drivers not agreeing to drop women or girls if their destination is out of their way and charge hefty amounts, even six years after the Nirbhaya incident. “I thought my daughter’s sacrifice would at least change their mindset and they would never deny to drop any women passenger, but nothing has changed. The number of rape incidents has grown immensely,” she said.