The panel has upheld Umar Khalid's rustication and fine of Rs 10,000 imposed on Kanhaiya Kumar for the February 9, 2016 incident. 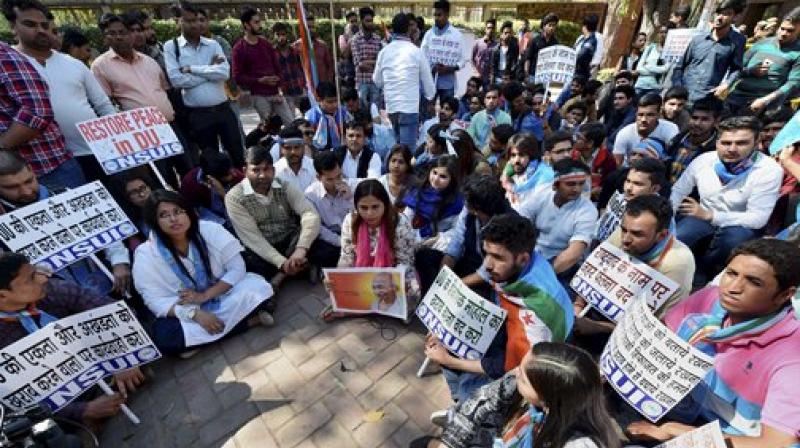 New Delhi: The Jawaharlal Nehru University's (JNU) high-level inquiry committee has upheld Umar Khalid's rustication and a fine of INR 10,000 imposed on Kanhaiya Kumar in connection with the February 9, 2016 incident.

The JNU panel had in 2016 recommended rustication of Khalid and two other students and imposed a fine of INR 10,000 on Kumar, the then students' union president, in connection with the campus event against Afzal Guru's hanging during which anti-national slogans were allegedly raised.

The five member panel had also imposed financial penalty on 13 other students for violation of disciplinary norms.

The students had then moved the Delhi High Court, which had directed the university to place the matter before an appellate authority to review the panel's decision.
According to sources, the panel has upheld its decision in the case of Khalid and Kumar.

"The penalty has also been reduced for some students," a source said.
Kumar, Khalid and Anirban Bhattacharya were arrested in February 2016 on charges of sedition in connection with the controversial event and are out on bail.

Their arrest had triggered widespread protests.