A two-member rescue team arrived at the location and safely removed the distraught civet (paradoxurus hermaphroditus) from the premises. 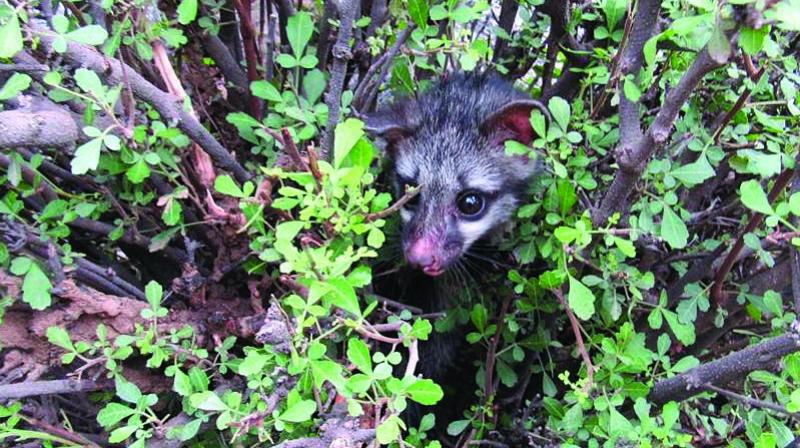 Staff members at UGC-NET Bureau at the university heard a shuffling noise from behind a stack of unused boxes in the office and were startled to find the animal hiding in a corner.

They reported the incident to the supervising officer who in turn contacted NGO Wildlife SOS.

“We did not want to startle the animal or cause it any harm, so thought it best to let it be till we found help,” said Vinod Sharma, undersecretary, UGC-NET Bureau, Dhaula Kuan.

A two-member rescue team arrived at the location and safely removed the distraught civet (paradoxurus hermaphroditus) from the premises.

After examination by the veterinarian of Wildlife SOS, the animal was later released back into its natural habitat.

Geeta Seshamani, the co-founder of Wildlife SOS said, “Often the plight of urban wildlife is dismissed as city dwellers consider these animals to be a nuisance and they are met with hostility, even though they play a vital role in the ecosystem. They are prime contributors to the dispersal of seeds as civet cats are omnivorous and feed on fruits, berries, coffee beans, insects and small mammals. We are glad to see that people are becoming more aware as ell as sensitised towards the presence of wild animals in the capital.”

Is a small member of the family is a native of South and Southeast Asia. They can survive in a wide range of habitats and can be seen in urban environments, but quite rarely as they are shy and wary of human beings.