Admissions Day 4: No guidelines yet 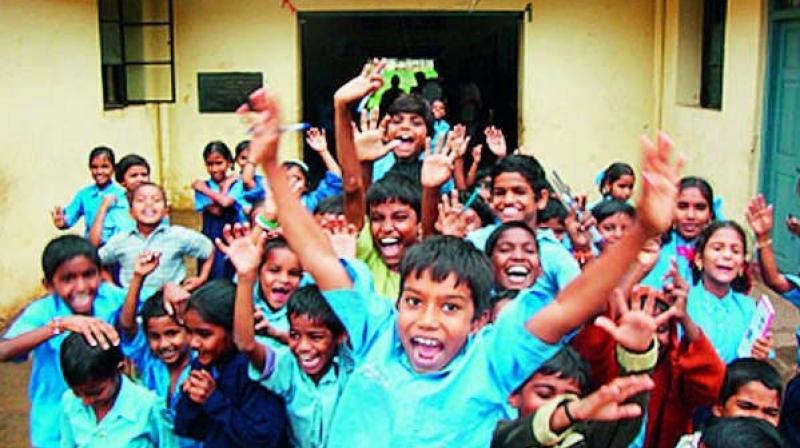 The government, which has put on hold the admission process at 298 private schools, wants them to admit students only with neighbourhood as the criteria.

New Delhi: Confusion prevailed among parents even on the fourth day of nursery admissions in the capital as the directorate of education (DoE) is yet to come out with guidelines for admission to 298 schools built on the DDA land.

“The scenario is really confusing. The DoE has already issued a set of guidelines for some schools while another set of guidelines is yet to come. I really don’t think they will be able to complete the admission procedure soon nor start the April session,” said Sonia Dhawan, a resident of Model Town.

The government, which has put on hold the admission process at 298 private schools, wants them to admit students only with neighbourhood as the criteria. The admissions at the rest of the 1,400 schools started on January 2 and will continue till January 23.

However, many parents complained that they couldn’t complete their online registration for admission as several schools asked for the candidate’s Aadhaar card number as a mandatory option. But as per the DoE guidelines, no such requirement has been mentioned in the list of documents required. Only the Aadhaar card of the parents is mentioned as a document for address proof.

“The school said that it is mandatory and we have to put it, otherwise the form will be rejected. Also, I am concerned about those schools where I have already filled the application forms but mentioned ‘none’ in the Aadhaar card column. Now I am in a dilemma, what if my form gets rejected if schools violate the DoE guidelines and make it mandatory by themselves?” said Anis Sen, a parent.

Meanwhile, Sumit Vohra, founder of admissionsnursery.com, said that lakhs of hassled parents have thronged their website since the last 4 days. “As the DoE guidelines on the 298 schools are not released yet, it is going to be a big problem for parents, both mentally and financially, as we might be having two set of admission process for general category for the first time in history.

The DoE might also have to change some rules related to the fee refund policy if all the schools are not in sync with the admission calendar,” he said.

The first list of selected candidates will be announced on February 15 and the schools will give 3-7 days to deposit the fees. The fee can be refunded only if request for withdrawal is made within one month, else all money has to be forfeited as per the DoE fee refund policy.