She brought embarrassment to family, say uncle and brother. 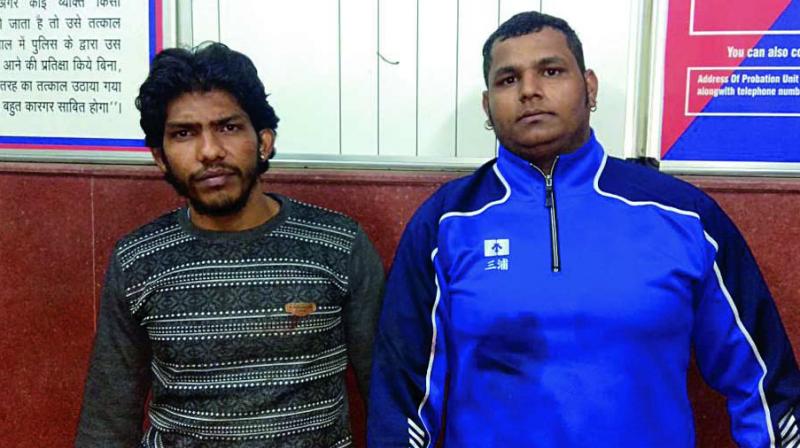 New Delhi: In yet another incident of honour killing, a 35-year-old man was stabbed to death by two men on a motorcycle in east Delhi’s Mayur Vihar on Friday. A woman accompanying the man in a cab was also attacked and is now in hospital with injuries.

The deceased, identified as Dinesh, had eloped with his 23-year-old cousin four days before the murder.

The arrested persons were identified as Shankar (22) and Rinku (25), both of whom work in a gym. Shankar is the woman’s real brother, while Rinku is her maternal uncle.

According to a senior police officer, during interrogation, they both confessed that “they were feeling embarrassed in the society because of this issue”.

Dinesh, a resident of Seemapuri, was already married and had three children. He used to work as a safai karamchari. Dinesh was in love with the girl and the girl also shared similar feelings. The girl’s marriage, however, was scheduled next month with some other man.

Embarrassed in front of the society owing to their elopement, the woman’s brother and uncle hatched a plan to kill Dinesh. In order to execute their plan, they somehow managed to trace Dinesh and the woman.
Confirming the incident, joint commissioner of police (eastern range) Ravindra Yadav said, “They both eloped from their homes four days before the incident. That’s why the girl’s uncle killed the man.”

On Friday, the girl’s brother and uncle got to know about their whereabouts. At around 5.17pm, they spotted them near Mayur Vihar. They both took them to a nearby canal and stabbed them multiple times.

The accused disclosed that the woman had allegedly eloped with ornaments and cash meant for her marriage. They were angry with Dinesh as they thought he lured the woman and tutored her into bringing the gold jewellery and cash.

The police added, “A constable posted with Delhi home guards was instrumental in saving the girl’s life. He raised an alarm because of which people gathered and tried stopping the accused. In the meantime, PCR staff also reached the spot and intervened.”

While Dinesh succumbed to the injuries, the girl is being treated in the hospital.