The man was found to be wanted in more than 15 cases of robbery and snatching. 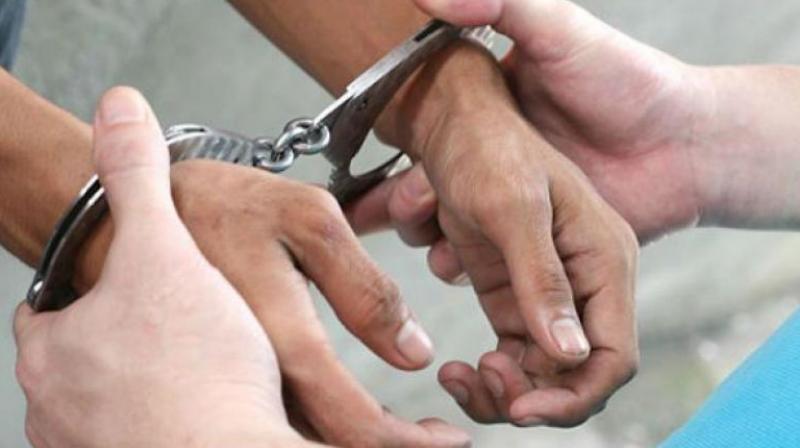 New Delhi: A man wanted in connection with several cases of robberies and snatchings was arrested in the wee hours on Monday near Nehru Place in southeast Delhi following a shootout, police said.

The accused, Akbar alias Danish and his accomplice Asif, allegedly opened fire at a police party around 2.30 am, a senior police officer said.

He was also found to be wanted in more than 15 cases of robbery and snatching registered in different police stations of Delhi, apart from an attempt to murder case.

On the basis of a tip-off received by special staff of southeast district, a team was formed to nab the accused.

"Information was received that two men, who are allegedly involved in many cases and had also fired on police teams in the past, carrying a cash reward of Rs 25,000 each, would pass from near Eros Hotel, Nehru Place from Moolchand side and would go to Govindpuri to meet some of their associates between 2-2:30 am," said Romil Baaniya, DCP (Southeast).

The information was further verified and a raiding team was constituted under the overall supervision of ACP (Operations) KP Singh.

"At about 1:20 am, one police picket was deployed at the traffic signal of Eros Hotel on Lala Lajpat Rai Marg that started checking the vehicles and other staff also took strategic position accordingly.

"At about 2:50 am, two persons riding a silver colour motorcycle were identified as Asif alias Kala and Akbar alias Danish," said Baaniya.

The accused were also wanted in a shootout case of Pul Prahaladpur.