Some theatres, however, have managed to survive the onslaught of the multiplex boom by renovating and banking on nostalgia. 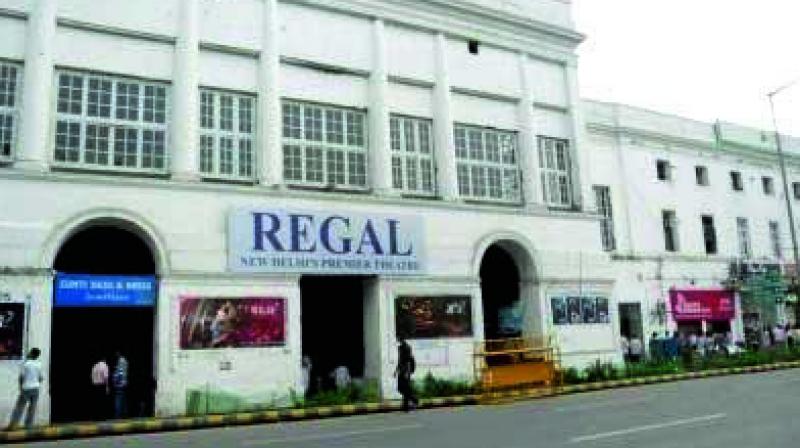 Regal will be among the 50 theatres in the city that have pulled down their shutters in the last decade.

New Delhi: On account of the dwindling number of viewers, the iconic Regal Cinema may join the list of swanky multiplexes. The 84-year-old entertainment hotspot, which was once frequented by Bollywood stars Raj Kapoor and Nargis, is battling to keep up with time, technology, and the changing taste of the cinemagoers.

“We are planning to go the multiplex way. We are in talks with PVR to change Regal into a multiplex and have already got permission from the authorities concerned,” Regal’s manager, Roop Ghai, said.

The architectural grandeur of the cinema theatre is still visible in the high ceilings and colonial-style arches, but moviegoers now have to put up with shabby seats and poor ambience. Joginder Mahajan, a film distributor and treasurer of Motion Pictures Association in Delhi and UP, said that if it happens, Regal will be among the 50 theatres in the city that have pulled down their shutters in the last decade.

“There is no point in renovating and staying single screen. There is no future,” Mr Ghai told a news agency.

Golcha Cinema, another important landmark in the city’s theatre history, has already shut down its doors amid speculation that it will be converted into a multiplex. Its owner, NR Saini, cites “high entertainment tax, government apathy, and absence of a revenue generating model” for the bleak future of single screen theatres. Delhi’s Amba and Seble Cinema are also likely to close down.

Some theatres, however, have managed to survive the onslaught of the multiplex boom by renovating and banking on nostalgia. Delite Cinema in Delhi and Royal Opera House in Mumbai are the perfect examples of that.

Delite Cinema, which opened in 1954, is an iconic theatre that continues to do brisk business while its other property, Delite Diamond, a 158-seater, is its answer to the multiplexes. “We have a loyal audience. We strive to be technologically advanced while keeping the ticket prices under check,” says Rajkumar Malhotra, the manager of Delite Cinema.