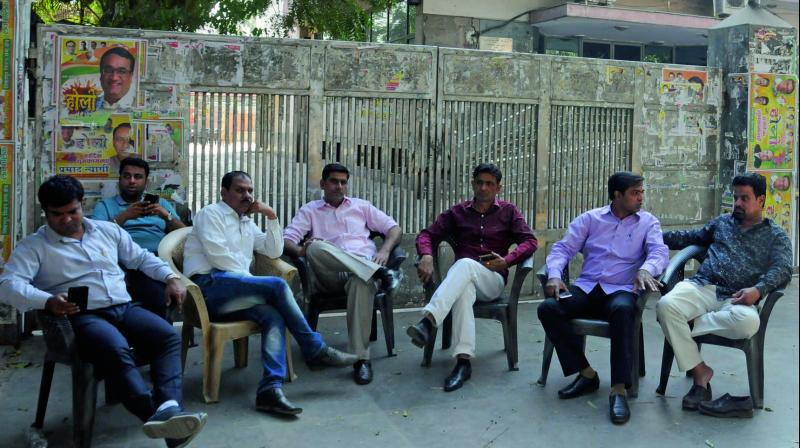 New Delhi: In a major embarrassment to the Delhi Congress, a sessions court has ordered attachment of the movable properties of the party headquarters at Deen Dayal Uphadyay Marg in connection with a case in which the party has failed to pay dues to the tune of about Rs 95 lakh to a private contractor.

The matter dates back to the time when late Ram Babu Sharma was the Delhi Congress president. It was during his tenure that the party headquarters was constructed about 14 years ago.

One contractor, Vinod Goyal, had moved the court alleging that the party owed him about Rs 95 lakh towards the construction of the building. On February 23, the sessions court ordered that the movable properties of the party be attached. The court has sought report on its orders by March 9.

By the time the police reached the Congress headquarters, its main gate was found locked from inside. Some Congress workers, who had come to congratulate party chief Ajay Maken for successfully holding demonstrations against price rise of essential commodities across the city, started raising slogans against the contractor alleging he had filed the case just to gain “cheap” publicity.

“The matter pertains to late Ram Babu Sharma’s time. All payments have been made to the contractor. The petitioner seems to be a sub-contractor. So, we have no payment pending against us,” he said.