Incidents of communal violence were reported from the states of Bihar and West Bengal during Ramnavami, which was celebrated on March 25. 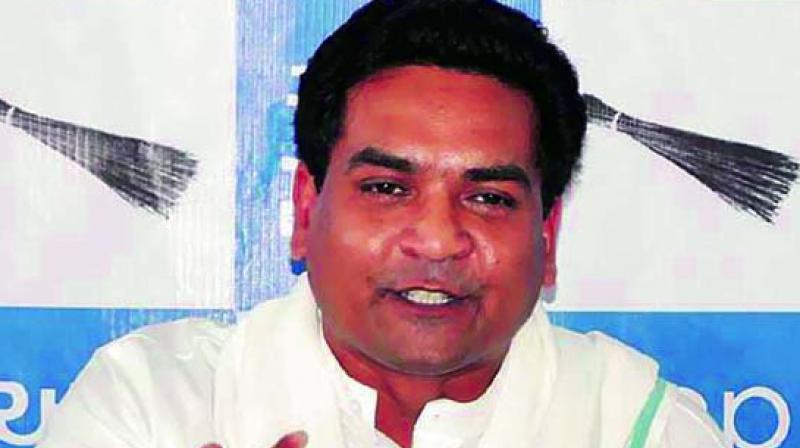 New Delhi: Rebel Aam Aadmi Party legislator Kapil Mishra on Thursday marshalled out of the Delhi Assembly after he went near the Speakers chair and tore a copy of the House’s business list, demanding removal of a scheduled discussion regarding “alleged attempt to incite communal disturbance on pretext of Ramnavami procession”.

Mr Mishra, an MLA from Karawal Nagar, questioned the need for a discussion on the issue when there is no incident of “communal disturbance” in Delhi, but ruling AAP MLAs insisted on it. As Mr Kapil Mishra continuously demanded removal of the scheduled discussion and also tore a copy of the business list of the House, Speaker Ram Niwas Goel ordered him to be marshalled out of the House.

The Assembly Speaker said that such an incident had occurred in his constituency Shahdara area, but the Delhi police has not registered an FIR in this regard so far.

As per the list of business of the House, Aam Aadmi Party MLAs Amanattullah Khan, Praveen Kumar and Nitin Tyagi were scheduled to initiate the discussion on on “alleged attempt incite communal disturbance on the pretext of Ramnavmi procession”.

Incidents of communal violence were reported from the states of Bihar and West Bengal during Ramnavami, which was celebrated on March 25.