The police has registered cases in both the incidents and has ordered a probe into the same. 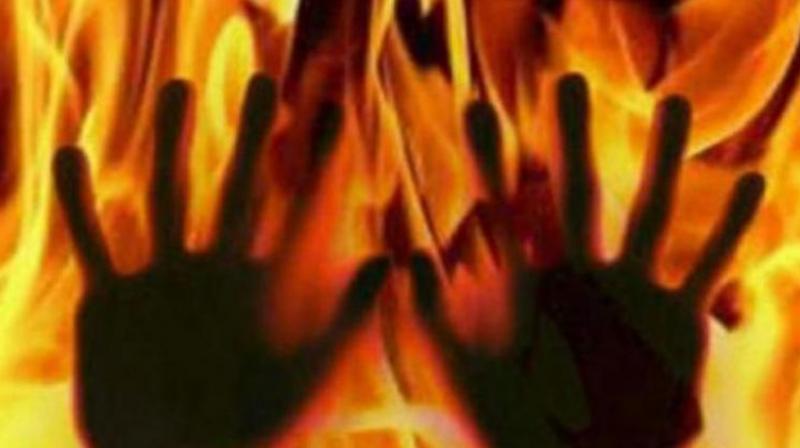 In the first incident, a boy and his sister were charred to death after an air conditioner compressor exploded at their home at Kewal Park in Northwest Delhi’s Adarsh Nagar area.

According to a Delhi Fire Service (DFS) officer, the fire broke out at 10.14 pm, on Friday night.

“Ten fire tenders were rushed to the spot and the fire was doused in an hour. Two children, Akansha (8) and her elder brother Sartak (10), were found dead in the building,” said the officer, adding, “The fire broke out due to a short circuit in the AC unit. The fire spread from the first floor to the second floor. The family members were sleeping during the incident.”

As per fire officials, the two children died due to asphyxiation. The police has sent the bodies for post mortem examination and a probe is underway. Probe further reveals that the other building residents, who were rescued, have been identified as Rita Arora, Arjun Jain, and Rekha Jain.

Another fire claimed the lives of two persons in Kotla Mubarakpur on Saturday early morning.

The fire broke out in a basement of a tent manufacturing unit. The building had four floors. While the basement and the first floor housed the factory and an office, the other two floors had people living on rent.

According to fire officials, the fire broke out in the basement at about 3 am. Around five to six workers were sleeping inside. While others managed to escape, two of them died. The deceased have been identified as Manil and Shyam Mehto. They hailed from Bihar and were working as labourers.

Soon after the call was received, eight fire tenders were pressed into service. It took them nearly two hours to douse the fire, said a police official.

The police has registered cases in both the incidents and has ordered a probe into the same.