Owner of the shop, identified as Hari Om Agrawal, has filed a complaint. 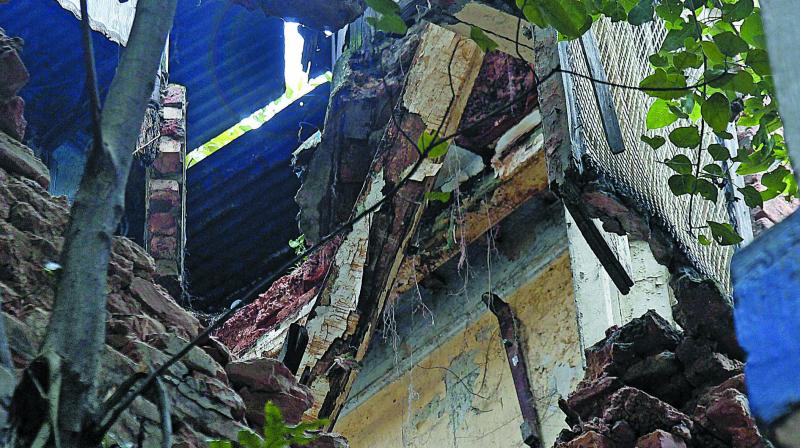 The shop above where the incident took place has allegedly been undergoing renovation work for the last one-and-a-half month. (Representational Image/Photo: Asian Age)

New Delhi: A group of people had a narrow escape on Friday evening in Chandni Chowk’s Katra Neel market when a portion of a ceiling collapsed.

According to the police,  the incident took place at around 4.50 pm at shop number 471.

The owner of the shop,  identified as Hari Om Agrawal, in his complaint to the police, stated that the suspect, Ram Dev Sharma who has been carrying out repair work in the ceiling, had done it intentionally to cause hurt.

The shop above where the incident took place has allegedly been undergoing renovation work for the last one-and-a-half month.

He further stated that he had summited a complaint to the concerned authorities in connection with the same. However, the said authorities didn’t act on the complaints given by Mr Agarwal. The jurisdictional police has ordered a probe into the incident and has registered a complaint under the relevant sections of Indian Penal Code.