Metros   Delhi  06 May 2019  After Karol Bagh, NDMC to decongest other areas
Metros, Delhi

After Karol Bagh, NDMC to decongest other areas

About 600 metre of the Ajmal Khan Road has been pedestrianised, rest of it is being done. 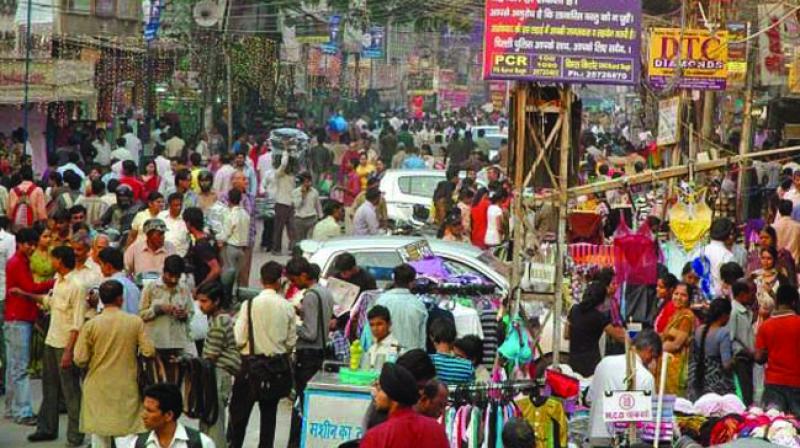 New Delhi: After initiating a pilot project on decongestion in Karol Bagh, the North Delhi Municipal Corporation now plans to expand the scheme to other areas to promote the use of public transport and make market areas more pedestrian-friendly. A senior official of the NDMC said that the expansion of the project will happen after polls and the basic groundwork is being done at present.

“After seeing the response at Karol Bagh, we are now planning to do similar projects in Kirti Nagar and Kamla Nagar market areas. World over, from London to Shanghai, pedestrianisation of market areas have enhanced shoppers’ experience, and we also want people of Delhi to feel that comfort,” NDMC commissioner Varsha Joshi told a news agency.

Seeking to promote the use of public transport and make commercial areas pedestrian-friendly, the north corporation has hiked parking fees for using Karol Bagh street. Prior to that a stretch of Ajmal Khan Road in the area was pedestrianised on Wednesday.

Senior NDMC officials on Saturday said, the approval for the project and on parking fee hike was taken just before the elections dates were announced. Ajmal Khan Road for decades has been clogged with traffic and haphazard parking inconveniencing visitors. This project had been first conceptualised in 2010 but could not take off for some reasons. So, we picked up this zone as soon I took charge at NDMC, and engaged with market associations and created off-street parking spaces by utilizing old, defunct municipal spaces,” Ms Joshi said.

“On Wednesday, visitors were taken by surprise when they found a stretch of the nearly one-km road decongested, and pavements lined with benches and the street decorated with flowerpots.”

“About 600 metre of the Ajmal Khan Road has been pedestrianised, rest of it is being done. People were taken by surprise, as we did most of the work at night time, from installing benches to painting kerbs, etc,” she said.

The street has been marked with yellow and white stripes demarcating space for hawkers. Besides, bollards have been put at the entry points of Ajmal Khan Road on Pusa Road and Arya Samaj Road to restrict entry of vehicles to the road. Ms Joshi said, the project could not have been executed without arranging alternative parking spaces, and so, off-street parking zones were built in a couple of places nearby, adding, the idea is to enhance shopping experience and encourage walking among people.  In pursuance of its pilot project to decongest Karol Bagh and disincentivise use of private cars, the NDMC has increased surface parking rates on portion of the Arya Samaj Road.

It increased the parking charge for cars from Rs 20 to Rs 40 for the first hour. For the second hour, the charge will be Rs 50; between two and three hours, the rate will be ` 60; between three and five hours, it will be Rs 70.