Step to curb discharge of effluents into Yamuna. 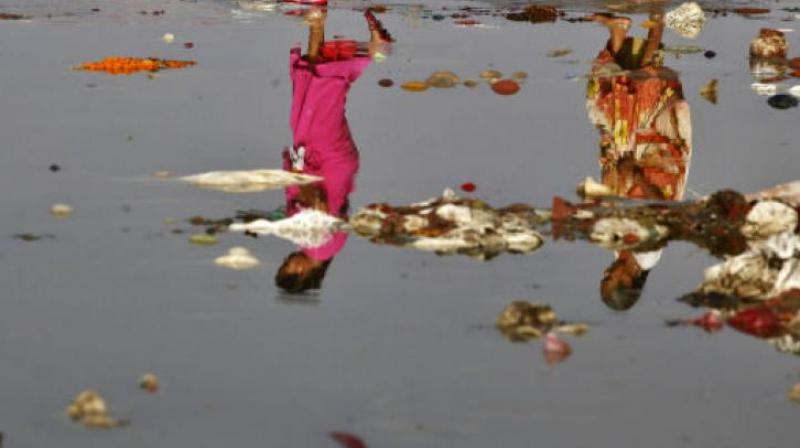 New Delhi: The stage is set to ensure that the national capital does not discharge effluents into Yamuna. The National Mission for Clean Ganga (NMCG) has approved funds worth Rs 1,900 crore for the creation of sewage treatment infrastructure in several states, including Delhi. Out of the allocated sum, Rs 344.81 have been earmarked for Delhi, to be used in the construction of seven sewage treatment plants (STPs) with a total capacity of 94 million litres per day (MLD) in the Najafgarh area on a priority basis.

This will be done under the “Maili Se Nirmal Yamuna” project that was initiated on the directions of the National Green Tribunal (NGT).

Experts said that sewage discharge into the river is a major source of pollution in the river. The tribunal had in May constituted a committee headed the Delhi Jal Board CEO to oversee the execution of works pertaining to the cleaning of the river. The NGT reiterated the hope that the people of Delhi would soon “be able to walk across the banks of river Yamuna without breathing stinking air”.

The committee consists of members from the Delhi Development Authority and the NMCG and was directed by the Tribunal to submit the status on regular intervals. The NGT bench, headed by chairperson Swatanter Kumar, had noted that pollution from the Delhi Gate drain and Najafgarh drain alone were contributing 67 per cent of the pollution that the river witnesses across its 22-km length in Delhi.

Officials said that the funds will be utilised to tackle the pollution in the Najfgarh drain. The new STPs have been approved at Tajpur Khurd (36 MLD), Jaffarpur Kalan (12 MLD), Khera Dabar (5 MLD), Hasanpur (12 MLD), Kakraula (12 MLD), Kair (5 MLD) and Tikri Kalan (12 MLD).