According to the police, Mr Ray was walking towards his car which was parked across the road at around 5.20 pm when a speeding bike hit him. 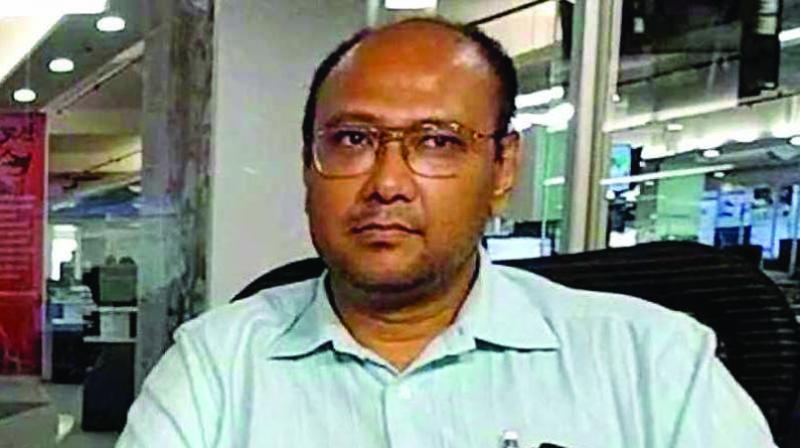 New Delhi: A stop to buy fish for his family cost the life of a leading media house journalist after a over speeding bike mowed him down in South Delhi’s market. The police has arrested the accused rider.

The police said that the accident took place on Sunday evening at Govindpuri Market. The deceased, identified as Raj Kumar Ray, 46, was an associate editor with Hindustan Times. He is survived by mother, wife Debjani and a six-year-old son Arinjay.

According to the police, Mr Ray was walking towards his car which was parked across the road at around 5.20 pm when a speeding bike hit him. Ray, who was heading home, had decided to pull over at the market to buy fish after he had dropped his mother at New Delhi Railway Station.

The impact of the collision was such that Ray was tossed up in air and crashed on the road, sustaining severe head injuries. Passersby alerted the police who moved him to AIIMS Trauma Centre where he succumbed to injuries. Ray, whose father passed away in 2015, had earlier worked with PTI as finance correspondent before moving to Reuters news agency and Bloomberg Television.