He has also urged the government to participate in his mission to make the environment better. 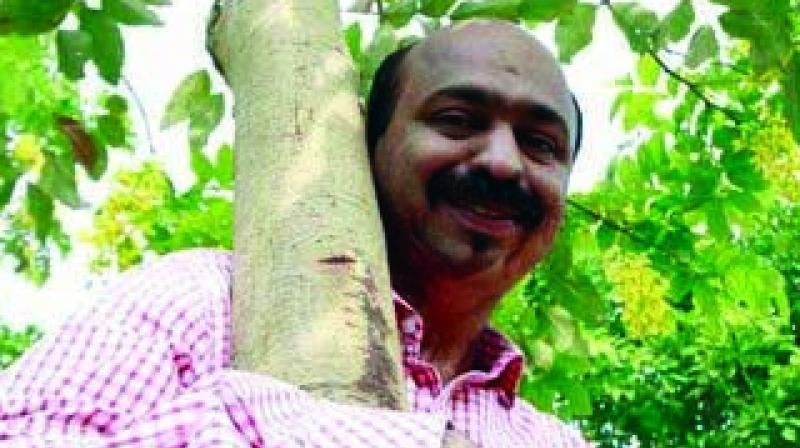 NEW DELHI: A 37-year-old man in Gurgaon, popularly known as Tree Man has waged a war against pollution and targeted to plant a billion trees in the next five years. He has already planted and distributed over six lakh trees since 2012. He has also urged the government to participate in his mission to make the environment better.

Deepak Ramesh Gaur, began taking interest in trees and greenery in 2012 after he met with a road accident in 2010, which left him in coma for almost six months. “It was a life-changing moment for me and taught me the importance of nature and humanity. Trees gives us oxygen, even if you keep cutting it, the one percent that survives will also give you oxygen. A tree doesn’t differentiate between humans on the basis of class, religion and ethnicity, it continues to give us oxygen,” said Mr Gaur.

After meeting his ideal, former President of India and scientist Dr A.P. Abdul Kalam for the last time in July 3, 2015, Mr Gaur said, “Taking Dr. Kalam as motivation, I initiated seven series to protect the environment. He congratulated and appreciated me for my efforts. I started the mission for nature conservation and plantation and appreciating my efforts, he gifted me a greyhound pup.” He said

This world Environment Day, Mr Gaur will pedal across Gurgaon, beginning from Artemis Hospital, to spread the message of nature conservation.