The high court bench also directed that both matters should be heard together. 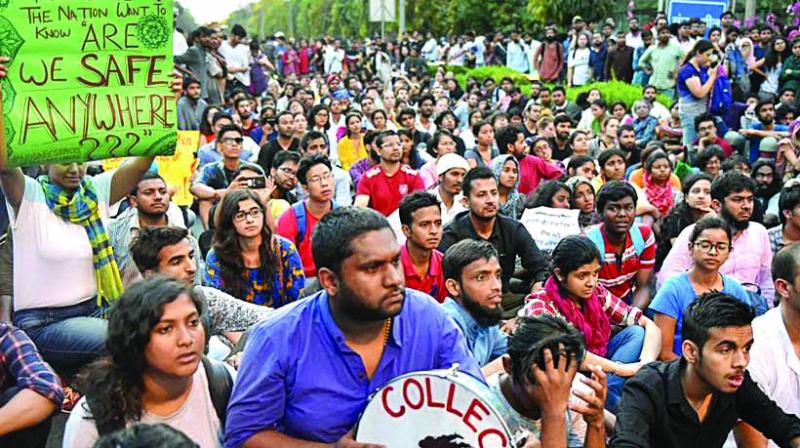 All of them should go to jail,’ Acting Chief Justice Gita Mittal and Justice C. Hari Shankar said, while referring to such protests. The bench observed this while issuing notices to the Centre, DMRC, and the CISF.

New Delhi: The Delhi high court on Thursday suggested that penal action be taken against  protesters who stall Metro rail services or dump garbage on the roads, causing public  inconvenience.

“All of them should go to jail,” a bench of Acting Chief Justice Gita Mittal and Justice C. Hari Shankar said referring to such protests.

The observation by the bench came as it issued notice to the Centre, Delhi Metro Rail Corporation (DMRC), Central Industrial Security Force (CISF) and the Delhi police to seek their stand on a PIL demanding action against those responsible for the alleged stalling of metro train services in the city on May 31.

The metro services were disrupted for a few hours on Delhi Metro’s Blue Line, following a scuffle between the DMRC and the CISF personnel over a parking issue at the Dwarka Sector 21 Metro station in Southwest Delhi.

According to the petition, a scuffle occurred around 12.30 pm on May 31 after the Delhi Metro corporation and CISF personnel got into an altercation when the tyre of a vehicle, apparently belonging to the latter, was deflated as it was parked in an unauthorised zone outside the premises of the metro station.

The petition further claimed that since the vehicle was parked illegally, the station manager “had ordered that the tyre be deflated”.

The petition filed by one Puran Chand Arya was clubbed by the high court with another public interest litigation (PIL) over the May 24 agitation by the New Delhi Municipal Council’s (NDMC) contractual sanitation workers who had dumped garbage outside prominent government buildings such as the Shastri Bhavan and the Rail Bhavan in Lutyen’s Delhi, demanding regularisation of jobs and also better wages.

The high court bench also directed that both matters should be heard together.