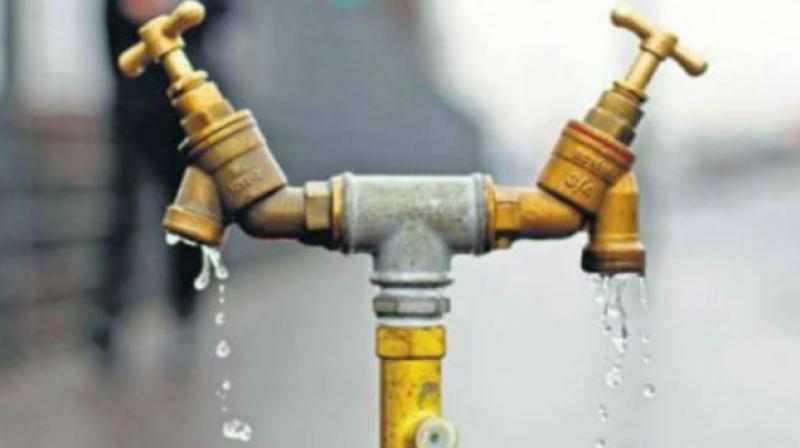 Four months after the pilot phase was launched in Navjeevan Vihar in Malviya Nagar, residents say they haven’t used tap water for drinking purposes even once and still rely on water filters. (Representational image)

New Delhi: In March this year, the Delhi government had inaugurated a pilot project of providing 24x7 quality drinking water supply in a locality in South Delhi, under which it had said that people could drink water directly from taps — just like in Western countries. Four months after the pilot phase was launched in Navjeevan Vihar in Malviya Nagar, residents say they haven’t used tap water for drinking purposes even once and still rely on water filters.

While many residents this newspaper spoke to say that it is out of habit that they use the filter or RO water, some also said that the water is not “that clean” as the government claims it to be. “I first thought we should try drinking tap water but it didn’t appear to be very clean. My husband is in the business of water supply and he checked the quality. It was not 100 per cent clean,” said Ms Akash Katyal, a retired school principal and a resident of Navjeevan Vihar.

Deputy chief minister Manish Sisodia, while talking about the project in February said, “In Europe and America, the government guarantees good quality water directly from taps. After two years of hard work, our government is going to give the same guarantee in 11 zones. Soon it will be done in other zones also.”

Another resident, Ms Sehgal, said her family uses tap water for washing vegetables and for other non-drinking purposes only. “We can’t drink from the tap because we are not used to it. We are always suspicious about drinking from it,” she said. Similarly, Nupur Verma, a student, said, “We can’t trust the claims that the water from the taps is clean”. A government official said that for the project to be successful, it would need to spread more awareness and clear misconceptions among the people about the project. The project was launched with a view that the 24x7 supply will improve water pressure and enable the Delhi Jal Board (DJB) to bypass the overhead tanks and booster pumps. It will also help it in saving water from overflowing as consumers will have the facility to use direct water supply from taps by closing the inlet of overhead tanks.

Residents said that even though there is a 24-hour supply, the pressure is not always good and they have not done away with their motors and booster pumps yet.