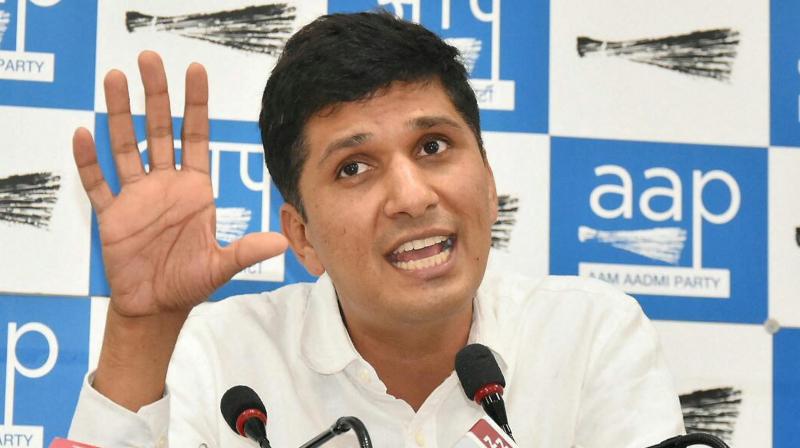 New Delhi: The Monsoon Session of the Delhi Assembly beginning on Monday is likely to be a stormy affair with the Opposition BJP planning to corner the government on the alleged bus procur-ement scam and demands of National Register of Citizens-like exercise in the city.

Leader of the Opposition in the Assembly Vijender Gupta said BJP MLAs would also raise the “falsehood” of governme-nt on honouring women, as he accused transport minister Kailash Gahlot of “humiliating” a senior wom-an IAS officer during a meeting.

Meanwhile, the ruling AAP seeks to target the BJP-ruled civic bodies over the dog and monkey bite menace besides installation of CCTV cameras and implementation of an IIT-Delhi report to overcome waterlogging in the city.

AAP spokesperson and MLA Saurabh Bhardwaj said party legislators will raise the issues of CCTV camera project and doorstep delivery of ration during the session.

The ruling party is also expected to discuss the alleged “misinformation” given by IAS officers to media and courts, thereby “defaming” the committees of the Assembly.

AAP legislators may also seek to attack the bureaucrats trying to boycott meetings of the Assembly committees.

Private member resolutions on dog and monkey bite menace in the city will be the other issues which will be raised in the session, Mr Bhardwaj said.

The Monsoon Session of the Delhi Assembly is scheduled from August 6 to August 10.

The 70-member House is dominated by the AAP, whereas the Opposition benches are occupied by only four BJP MLAs.