Sources said that Khurshid came to know about the sale of the Maltese puppies on an e-commerce portal. 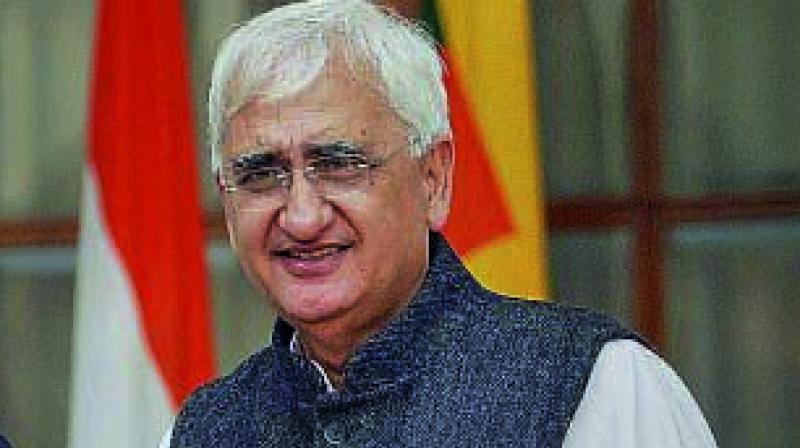 New Delhi: Former external affair minister and senior Congress leader Salman Khurshid was reportedly cheated to the tune of Rs 59,000 by two men on the pretext of selling him Maltese puppies through an e-commerce website. Following a complaint by Mr Khurshid, the crime branch of the Delhi police registered a case and started investigations in the matter.

Sources said that Khurshid came to know about the sale of the Maltese puppies on an e-commerce portal. The accused persons had given an advertisement that they had two Maltese puppies for sale. They had also quoted a price of Rs 12,000 per puppy and had given an email address for those interested to communicate with them to buy the puppies.

A source in the police, privy to the investigations, said: “The advertisement was given by one Tonny Wallace. Mr Khurshid sent him an email and expressed his interest in buying both the puppies. Tonny replied to the email and told Mr Khurshid that he was in Thekkad, Kerala. After communicating with Tonny, Mr Khurshid agreed to buy the puppies by paying money through e-transactions.”

Tonny mailed Mr Khurshid the bank details of one of his friends, Ankit Bhandari, and requested him to transfer the money to his account. The source said that Mr Khursaid had asked Tonny to speak to his office boy, Sachin Kumar.

Preliminary investigations show that Mr Kumar transferred Rs 59,000 to Ankit Bhandari’s account. After receiving the payment, Tonny told Mr Khurshid that he would be available on his US toll free number.

It is learnt that Mr Khurshid grew worried when Tonny started ignoring him and did not reply to any of his emails. The source said, “Mr Khurshid tried to contact him, but he was not responding through any channel. Mr Khurshid then decided to approach the police. He discussed the matter with one of his advocate friends and complained to the crime branch.”

A case under relevant sections of the IPC has been registered and investigations are ongoing.