The first list of selected students for admission to nursery classes will come out on Tuesday. 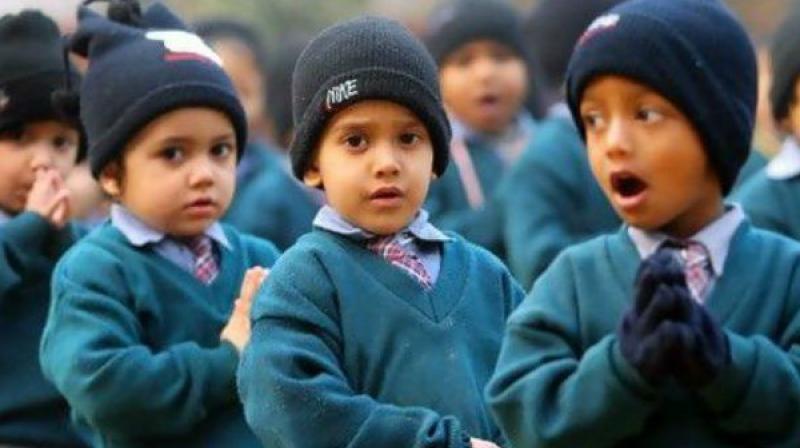 Experts advise that parents should block the seat wherever they get admission for their child without waiting for a “better school”. (Representational image)

New Delhi: Scores of parents have complained to the directorate of education (DoE) regarding private schools changing the criteria for nursery admissions just days before the list of selected candidates is to be released.

The complaint was made around 15 days ago and the parents allege that since the DoE has taken no action till date, there is an uncertainty regarding the process.

Sumit Vohra, founder of admisisonsnursery.com which is an online portal for parent community, said that the latest move by some schools is not justified and that the DoE should act against them. On Monday, he sent a letter to education minister Manish Sisodia and to the DoE, along with the parents’ complaints.

The government had initially made it compulsory for 298 schools built on the Delhi Development Authority (DDA) land to first admit children who live within 0-1 km and have siblings in the same school, then to those within 1-3 km, followed by those living within 3-6 km.

However, the Delhi high court dismissed the directives and since the hearing is still on, it had asked the schools to go by both the government’s and their own criteria till a final verdict in the case is given.

The first list of selected students for admission to nursery classes will come out on Tuesday. Experts advise that parents should block the seat wherever they get admission for their child without waiting for a “better school”.

“This should be the thumb rule that you block your first seat,” said Mr Vohra.

Also, parents shouldn’t get dejected and wait for second list. Many schools like DPS also come out with third and fourth lists. So, those parents whose children didn’t get selected should wait till Mar 31,” said Mr Vohra.