The Delhi CEO have urged the Delhi voters to vote as the Lok Sabha will knock the doors in the national capital on May 12. 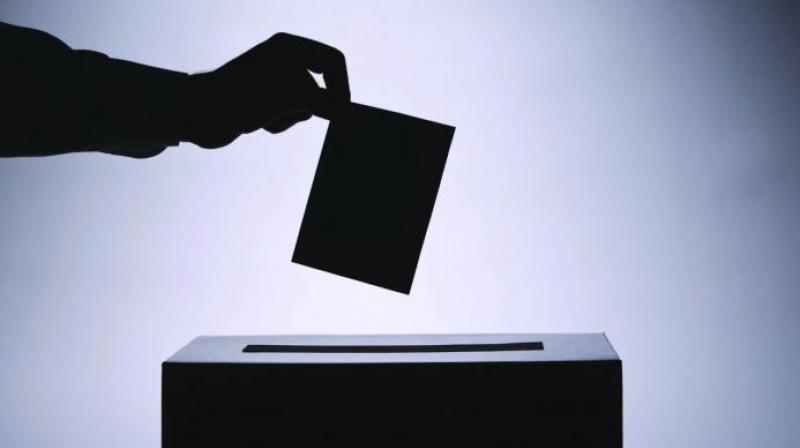 While under Arms Act the Delhi police have seized 2,972 cartridges, 668 unlicensed arms, 4,984 licensed arms were disposed and Rs 4,08,37,305 cash has been seized, the official added. (Representational image)

The facilities to the polling stations are specially equipped for the disables as the volunteers been taught sign language for deaf and dumb as well as an epic braille cards including a dummy ballots and have provided sensitisation trainings to forces to deal with the voters carefully.

While in the first of its kind, South Delhi’s Ambedkar Nagar will be managed by the people with disabilities for promoting and requesting other voters to come out in large numbers to vote.

The Delhi election commission have also issued a notification regarding the cases registered during the ongoing elections as under violation of model code of conduct, a total of 252 FIR’s and DD entry have been lodged, out of which, 28 against AAP (16 FIR’s and 12 DD entry), 36 against BJP (17 FIR’s and 19 DD entry), 20 against Congress Party (5 FIR’s and 15 DD entry) have been registered, said Dr Ranbir Singh, chief electoral officer.

An action have been taken against MCC violations complaints in which a letter have been issued to three AAP leaders including chief minister Arvind Kejriwal for his comment on BJP’s Manoj Tiwari in a press conference starting “Nachta Bahut Acha hain” for which he has to reply by Tuesday to the RO, NorthEast.

The Delhi CEO have urged the Delhi voters to vote as the Lok Sabha will knock the doors in the national capital on May 12, the EC is promoting the voters to commit their valuable votes and also have ordered the Sector Officer to escort the voters who have crossed the age of 100years and to felicitate them as a VVIP voters.