Vehicle-free CP plan yet to see light despite Centre nod 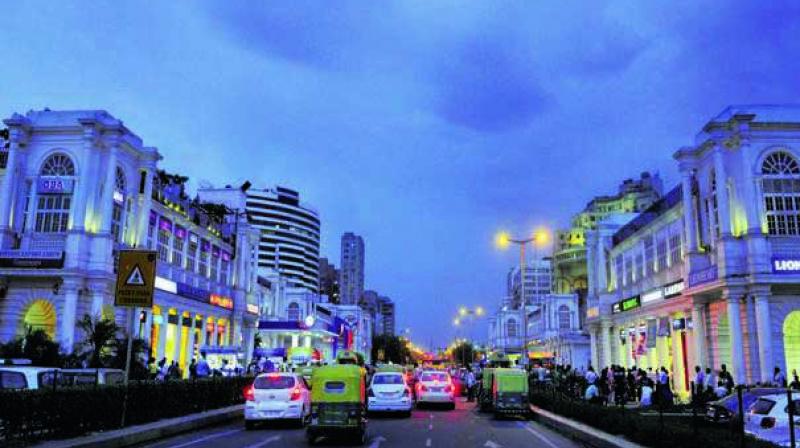 The traders in the shopping hub have been miffed with the move and threatened to go on strike if the plan was executed, arguing that their business might suffer.

New Delhi: Six months after the Central government gave a go ahead for making Connaught Place vehicle-free, the New Delhi Municipal Council (NDMC) is yet to find a way to implement the plan.

The decision to make middle and inner circular roads of Connaught Place (CP) vehicle-free from February this year was announced in January following a meeting chaired by then Union urban development minister Venkaiah Naidu and attended by officials of the ministry, NDMC and Delhi police.

As per the plan, the middle and inner circular roads of CP in the heart of the national capital were to be made vehicle-free for three months on a pilot basis, a move aimed at decongesting the area. However, the plan is yet to take off with the civic body exploring ways for executing the idea.

“We have been in discussion with the traffic police on finding ways to implement the plan. Arranging for e-rickshaws for last mile connectivity and facilitating adequate parking remain the key challenge. We are working on it,” a senior NDMC official said.

The traders in the shopping hub have been miffed with the move and threatened to go on strike if the plan was executed, arguing that their business might suffer. “We are in the process of developing a consensus with traders and believe that the footfall will not suffer because of the plan,” the civic body official said.

Total parking capacity at Shivaji Stadium, Babha Kharak Singh Marg and Pallika is 3,172. But on an average, only 1,088 vehicles are parked in these locations, the official said, adding that the unutilised space could be used for promoting “park and ride” concept.