Jewellery worth Rs 2 crore was stolen from the workshop of a jeweller in Karol Bagh area on Saturday night. 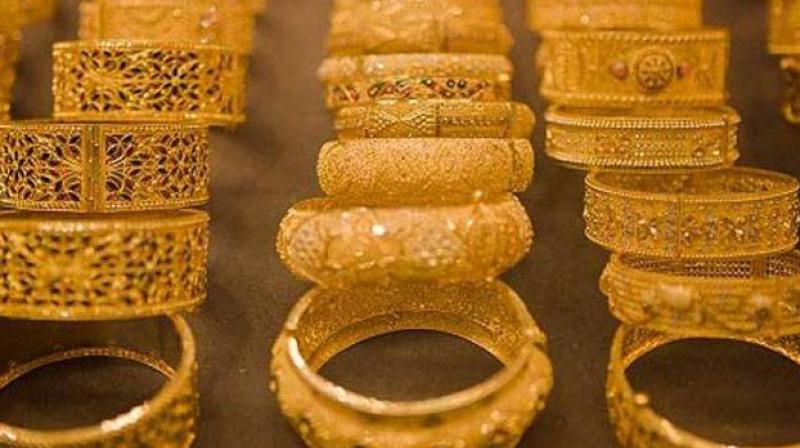 New Delhi: Jewellery worth Rs 2 crore was stolen from the workshop of a jeweller in Karol Bagh area on Saturday night.

According to complainant Kaushik Goswami, who runs a workshop in Regarpura area of Karol Bagh, 12 to 13 men working as craftsmen are employed by him at his workshop.

“On Saturday night, at around 10 pm, Goswami left his workshop while his staff stayed back. When he returned to the workshop on the morning of November 5 at around 11 am, he found his staff unconscious. Upon checking, he found that gold jewellery upto 3,530 grams was missing,” a senior police officer said.

As per the written complaint, one Surjeet Manna, who is an employee in the workshop, has been missing since the day of the theft. Probe reveals that on Saturday, Manna had offered liquor to his fellow craftsmen on the occasion of his daughter’s birthday. After consuming the liquor, which was laced with sedatives, the men fell unconscious. Taking advantage of this situation, Manna stole the gold jewellery before fleeing the scene.

The police said that it has registered a case under Sections 381 (Theft by clerk or servant of property in possession of master) and 328 (Causing hurt by means of poison, etc. with intent to commit an offence) of the IPC at the Karol Bagh police station.