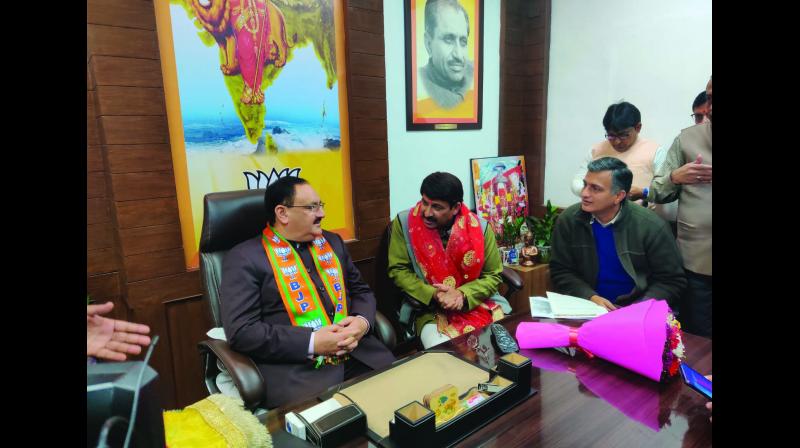 New Delhi: On the eve of the Assembly polls, BJP leaders exuded confidence of winning the Delhi Assembly polls. A senior saffron party leader said that in the last 15 days, BJP successfully established connect with the voters which helped them increase their vote share by over 10 per cent.

A confident BJP claimed that in the last two-three weeks, the party successfully executed its strategy and is now going to win over 45 seats of the 70 seats in the Delhi Assembly.

“Two weeks ago, when we started the campaigning, there was lack of connectivity with the electorates. People used to say there was no alternative to AAP, but things have changed in the last two weeks and this is the reason which has rattled AAP supremo and chief minister Arvind Kejriwal,” said a senior party functionary.

“In the last 8-10 days we managed to add at least two per cent vote with each passing day of campaigning. We are going to win more than 45 seats, provided the vote percentage is higher,” he added.