India’s champions of hope and courage

Delhi has not been known to be a city friendly to its women. But stories like these give hope. 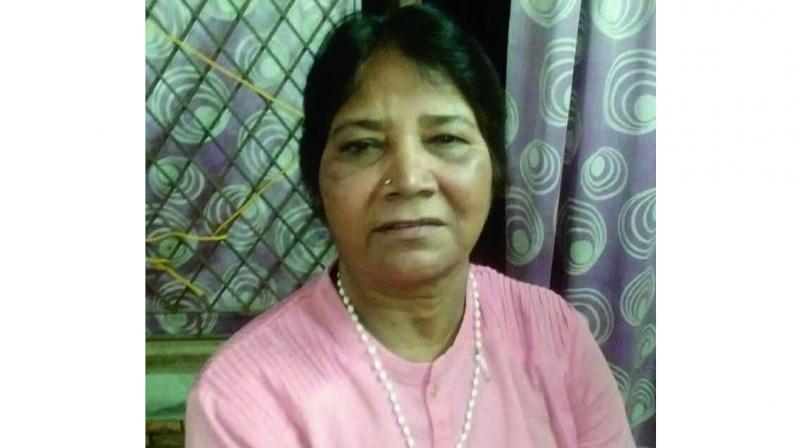 In November 2009, during an auto ride from Delhi to Ghaziabad, Dorris Francis and her family met with an accident. While she and her husband survived, her 21-year-old daughter Nikki succumbed to injuries in 2010.

Months later, 57-year-old Francis took up the “post” of a traffic volunteer at the busy Aitbar Pushta intersection on the Delhi Ghaziabad border, where the accident had happened, so that no one else suffers the same tragedy.

“I initially had to face abuses and resistance from people passing from the route and sometimes even from traffic cops,” she said. But her zeal has now made her a known face there and she is fondly called the “traffic queen.”

She is among the 30 people being awarded by the DCW on the occasion of International Women’s Day on Wednesday for their courage or for their efforts towards the cause of women empowerment. Dorris is also approached by locals in her locality for any work which involves police cooperation.

During a recent “march” to a police station over a murder in the locality, she experienced some problem and visited a doctor and was diagnosed with cancer. But help poured in from various quarters and she is currently recovering. Even Prime Minister Narendra Modi sanctioned a sum of Rs 3 lakh to her family in order to help her meet the expenses incurred on her treatment.

Francis has a packed day on Wednesday on Women’s Day. Apart from being felicitated by the DCW, she will also get awards from the Ghaziabad authorities and a programme has been organised by her neighbours to honour her efforts. 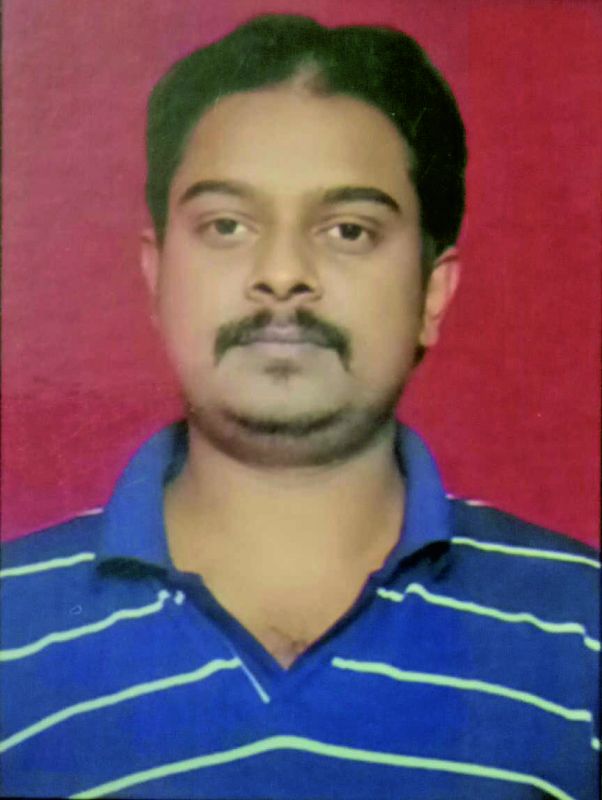 On June 8, 2016, the Delhi Commission for Women (DCW) received an anonymous call, alerting the commission about the planned marriage of a 13-year-old girl by her step-mother in Kusht Ashram of Tahirpur area. The call was placed by Khan, who lived in the same colony, and had earlier tried to reason with the step-mother to not marry off the daughter.

Khan had come to know that it was actually a case of trafficking and that the woman is marrying the daughter to a 40-year-old man for money.

“I initially informed the police and told them not to reveal my name but the constable who came to the locality did nothing and instead told everyone that I was the one to make a complaint,” he said.

After the woman came to know about Khan, he received various death threats from those involved in trafficking ring but. But it didn’t deter him from saving the girl and he called DCW’s helpline which reached the location and was able to stop the marriage.

Recalling a similar incident in the past, Khan admits that he wasn’t as courageous before.

Around three years ago, he had come across another such case of a young girl being trafficked. He had informed the police but in vain. Since he was afraid of the  consequences if the people involved came to know about his complaint, he didn’t take it further. Even though he regrets it now, he says the DCW’s timely intervention has boosted his confidence and he won’t think twice again if he comes across any such case in future. The girl is currently living in a ‘home’, set up women and child development department, and pursuing her studies. 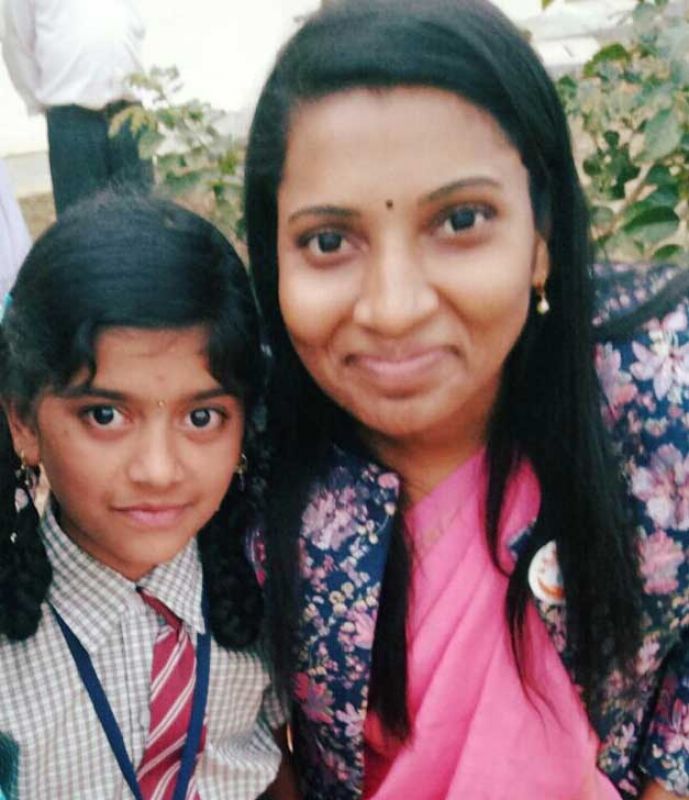 From her house in the Kamarahalli village in Gundlupet taluk of Chamarajanagar in Karnataka, 11-year-old Suchitra would see her classmates run to school almost an hour before assembly was scheduled to begin. They were not motivated by midday meal or special classes or that extra glass of milk but were going early to use the toilets.

Although she had a toilet in her home, she was disturbed by the fact that her friends had to defecate in the open. She spoke about this problem to then CEO of Chamarajanagar Zila Panchayat, Hephsiba Rani Korlapati, who made Suchitra the face of a project aimed at reaching out to every girl child in the district and take on issues such as child marriage and access to hygienic toilets.

At the tender age of 11, Suchitra took up the issue during a visit by a team of Chamarajnagar zila panchayat to her village. The team was starting a campaign called Usha (Understand Sensitise Help Achieve), aimed at reaching out to every girl child in the district and take on issues such as child marriage and access to hygienic toilets.

Impressed by her empathy towards her friends, the then CEO of zila panchayat, Hephsiba Rani Korlapati, made Suchitra the face of the campaign, following which the young girl personally convinced 20 families in her village to construct toilets, often roping in local officials.

Soon, the campaign began to gain momentum. Children told their parents that they would not go to school until they agreed to construct a toilet. In the two months between November 25, 2016 and January 24 this year, students, school teachers and elected representatives of 130 gram panchayats, along with the district administration, constructed 9,403 toilets and began work on another 9,000 under the “Swachchh Bharat Mission.”

Suchitra and the USHA project on Wednesday are being awarded by the DCW for their work on the occasion of International Women’s Day. 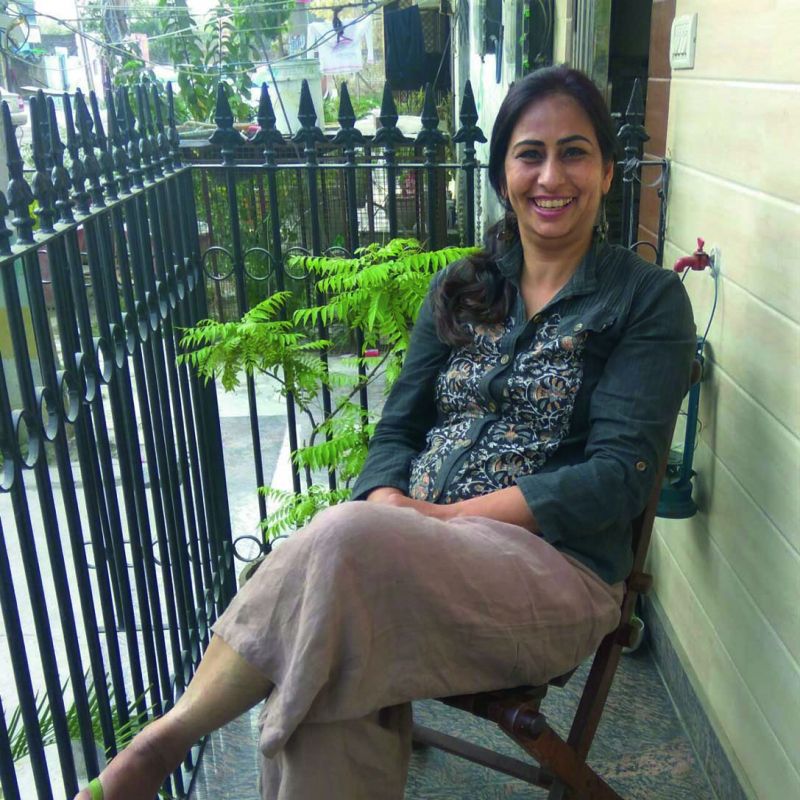 Kicking off fear with judo

Ritu Arya, a mother to a 22-year-old son, believes that change begins at home. An iron-willed woman, Ritu has taken the bulls by its horns a number of times. A martial art performer and a black belt in Judo, Ms Arya believes that the time has changed. “We should stop inculcating do’s and don’ts in our daughters. But, now the time is to teach and treat the sons right. I make sure that my son respects women,” said Ms Arya, a homemaker.

On January 12, Ritu was walking home when two bike-borne youth, unaware about their fate, had dared to mess around with the woman in broad daylight and attempted to snatch her bag near K.N. Katju Marg in Rohini Sector 16. Little did they know that they will have to taste dust soon.

As Ms Arya was walking down the street, the two snatched her purse. But, the woman held on to her purse, turned around, and kicked the bike with all her might. As a result, the duo lost balance and fell onto the ground along with Ms Arya.

When one of the snatchers, on seeing Ms Arya lying on the ground, came back to take the bike, Ritu caught him by collar and slapped him.

Despite using all his strength, the attacker had to surrender to the woman who didn’t release him until the time onlookers called the police.

As the cops came, the snatcher was handed over to the police. This is not the lone incident Ms Arya has faced. The Delhi Commission for Women will be awarding Ritu Arya this International Women’s Day as Ritu has helped many women to fight against eve teasers.

Pinjra Tod, a Delhi based campaign group, says that even though things haven’t changed drastically for women in recent times, but progress is happening slowly.

The group wants hostel and paying guest (PG) accommodation regulations to be less regressive and restrictive for women students.

“Things haven’t changed drastically, but I think we are on that trajectory now. Even in media, these issues have come up as legitimate issues, which is good. People are talking about it, administration is feeling the pressure, members living in hostels are finding that moral policing or any other kind of harassment is lesser because the effort is collectivised,” said Devangana Kalita, one of the founding members of “Pinjra Tod — break the hostel locks”.

However, the struggle is huge and there is still a long way to go, admits Kalita. “It starts from our families to state structure who all want to control women voices, women mobility or sexuality,” she said.

The students have also planned a demonstration for Wednesday outside UGC headquarters on non-implementation of a circular, which says that discriminatory rules in the name of safety cannot be imposed on women’s mobility and there should be sexual complaints cell, etc. But most colleges have not followed the directives. 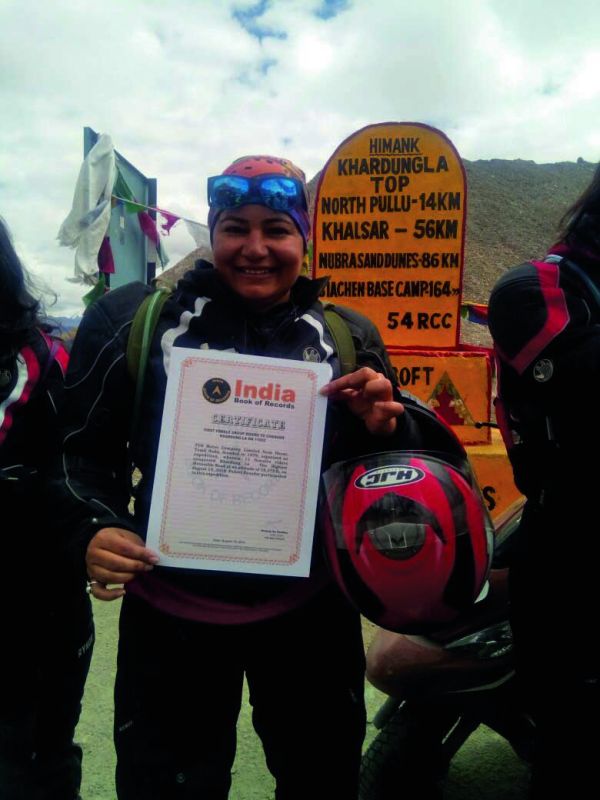 Her love for biking remained undeterred by the strange looks she received from the people around her and for her passion she is about to receive a prestigious award on the International Women’s Day this Wednesday.

“Women empowerment is im-perative for the progr-ess and prosperity of the country as this country has had a glorious past led by female protagonists such as Rani Laxmi Bai,” said the 37-year-old mother of two, Pallavi Fauzdar.

She has been selected for the honour for her achievement of becoming the first woman to cross eight mountain passes at heights of over 5,000 metre in a single journey. She has also made it to the Limca Book of Records for her feat.

Ms Fauzdar was born in Agra and spent her childhood here. “My father used to ride the bike while I sat on the tank and pretended driving it. When I grew up, I asked for the bike and my father gave me the keys as he treated all of his children equally. My brothers were also very supportive of my passion for bikes,” she said.

Ms Fauzdar will be one of the eight women from across the country to be honoured with the Nari Shakti Award  by the ministry of women and child development.
on International Women’s Day. She will receive the award from President Pranab Mukherjee at the Rashtrapati Bhavan.

During her journey from New Delhi to many Himalayan passes, she explored several cities and met a lot of people on the way. “I get a lot of support from all of the cities I pass through and I never experienced any safety issues during the journey. We have to come out of the stereotype approaches and give freedom to girls. We should let them dream and achieve big goals,” she said.

Ms Faujdar is associated with an NGO that works for the empowerment of women and girls in the city. “When I am in the city, I also give time to an NGO that campaigns for women’s nourishment, medical attention, and education. I also support the Beti Bachao, Beti Padhao campaign,” she said.

She is also the first female rider to reach Deo Tal Lake which is located at 17,950 ft above sea level and is one of the world’s highest motorable points.