In 2017, CM Kejriwal had sought action against the then PWD Secretary Ashwani Kumar for not obeying his order over desilting of drains. 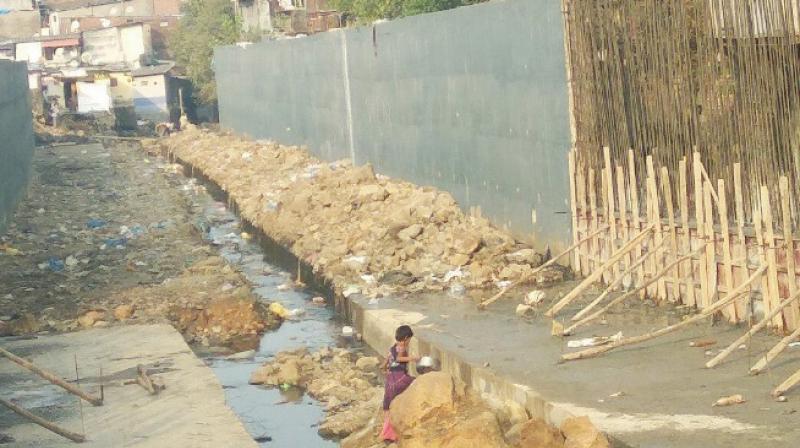 There are around 165 major drains in the city and Delhiites have to face waterlogging issues every monsoon. (Photo: Representational)

New Delhi: Ahead of the monsoon season, the Public Works Department (PWD) of the Delhi government has planned to launch a two-month exercise to desilt the city's drains from April 15. The move intends to prevent waterlogging on arterial roads of the city.

The department has set a target of completing desilting works by June 15. In a written reply to a question asked by leader of Opposition Vijender Gupta in the Assembly, PWD Minister Satyendar Jain said the department is inviting tenders for the desilting works.

"The Public Works Department is inviting tenders for desilting of drains and the target of starting the work is April 15, 2018," the minister told the House.

Delhiites have to face waterlogging problem during every monsoon. There are around 165 major drains in the city. Last year, the desilting of drains had caused tussle between the government and bureaucracy, with Chief Minister Arvind Kejriwal seeking action against the then PWD Secretary Ashwani Kumar for not obeying his order over desilting of drains.

Lt Governor Anil Baijal had also formed a high-level committee to look after desilting of drains and open manholes in the national capital. The committee will coordinate with various agencies to carry out desilting work so that they do not end up passing the buck to each other.