BJP members were destroying liquor and the accused were actually the complainant and complained against the act. 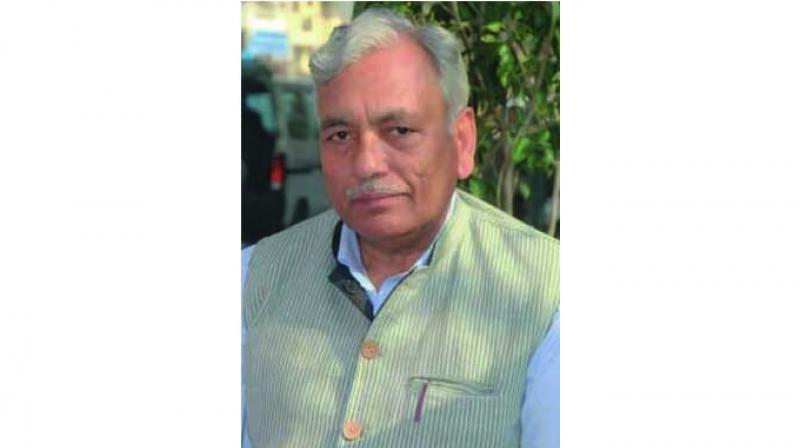 New Delhi: Delhi Assembly speaker Ram Niwas Goel on Saturday denied before a Delhi  court the allegations of causing hurt and rioting at the house of a realtor in an East Delhi colony in 2015.

The politician made the submissions before additional chief Metropolitan magistrate Samar Vishal, who reserved for April 17 the order on whether to put him and six other accused on trial in the case.

Mr Goel’s advocate Mhd Irshad told the court that it was a unique case where the culprits were let go and those who complained were made accused.

BJP members were destroying liquor and the accused were actually the complainant and complained against the act. Regular calls were made to the police, but it did not answer in time.

Our common intention was to prevent the distribution of liquor. Police was present, the SDM was present, even the house members were present. How was it a trespass?  the advocate argued.

Various election-related material of the BJP, besides several bottles of liquor, were recovered, which prove the illegal gratification was made, he said.

According to an FIR registered on a complaint by a local builder, Manish Ghai, AAP’s Shahdara MLA Ram Niwas Goel and his supporters had allegedly raided one of his houses in Vivek Vihar on the night of February 6, 2015, a day before the Delhi Assembly elections.

The MLA had allegedly raided the house of Mr Ghai accusing him of stashing liquor, blankets and other things for distribution ahead of the polls, the FIR had said.

The AAP leaders had refuted these claims, saying they had gone to the house with a police team comprising the local station house officer and assistant commissioner of police among others after making a PCR call in this regard.

“As per the complainant, some labourers were staying at a house that was owned by him. He received a call from one of them at about 9:30 pm on February 6, 2015 about Mr Goel and his associates forcibly entering the building and damaging the property,” police had said in the charge sheet.

Mr Ghai also alleged that the group broke an almirah, drawers, kitchen items, window panes and mirrors in the house. When the labourers tried to resist, they were allegedly physically assaulted.

A case of rioting, trespassing, causing mischief and voluntarily causing hurt was lodged against the accused.