The cashier, sitting at the entrance, has been coming daily to the shop at 10 am, but nothing has been sold here in the last 10 years. 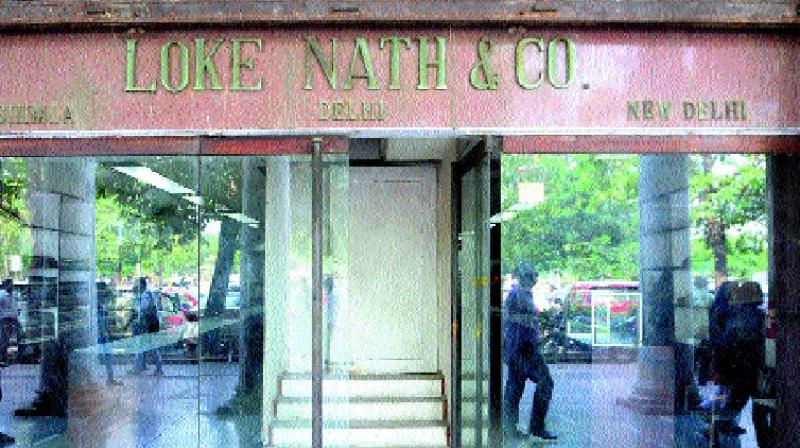 New Delhi: It is 1 pm and Connaught Place (CP) market is, as usual, bustling with activity. However, contrary to its surroundings, Loke Nath and Co. is deserted.

There is nothing on display on the huge glass cabinet. The cashier, sitting at the entrance, has been coming daily to the shop at 10 am, but nothing has been sold here in the last 10 years.

Known as one of the most famous tailoring establishment in its heydays, the condition of the shop today belies what it used to be around 20 years ago.

Once you step inside, the shop gives the impression of a derelict building that has been ignored for years; empty shelves and old stock of cloth materials gathering dust.

The shop was opened in 1937, just few years after construction of Connaught Place was completed in 1933, and is currently owned by the fourth generation of the family.

Accountant B. Lal, who has been reporting to the shop regularly for the past 30 years, recalls that it was frequented by the likes of former Presidents K.R. Narayanan and Shankar Dayal Sharma, Congress leader Mani Shankar Aiyer, and several other politicians and ambassadors.

Late MP Lalit Maken had given an order of a suit at the shop just two days before his death in 1985. “There was a staff of around 40-45 people that time. There used to be so much work here. There was no time for lunch due to the huge rush,” said Mr Lal.

Cut to present and the shop lacks any activity with only five people — accountant, in-charge, peon, salesman and the cashier — reporting on a daily basis.

Why did the charm of the shop once so popular fade away? “Nobody focused on reinventing... Sometimes customers come inside the shop out of curiosity but when they see the condition of the shop, they leave. Besides, all of our stock is old,” said Mr Lal.

Some shopkeepers in CP point out its inability to innovate with the changing times, while others claim family dispute to be the reason for its neglect.

A former departmental store, Jankidas and Co., in F Block is another shop from the colonial-era which is in a similar condition with just a caretaker deployed during the day. Infact, just few days ago, Manohar Departmental Store, another popular landmark from the old times, downed its shutters.

“Change is inevitable in today’s times,” said Ashok Kumar, who along with his father manages a paan outlet, opened by his grandfather almost 50 years ago in CP’s F Block.

While many establishments like Loke Nath & Co. have resigned to their respective fates, some other shops from the era have survived the test of time.

There is rarely a dull moment at Ram Chander & Sons, claimed to be India’s oldest toy store. The shop opened in 1935 in CP’s D Block by Raj Sunder. Now, his 79-years-old son Satish looks after it.

From former Prime Ministers to royal families, it has been a favourite destination for people looking to buy toys for their children. Indira Gandhi used to visit it to buy toys for Rajiv Gandhi and Sanjay Gandhi. And it has not lost its charm. Even today, many MPs visit the store.

Mr Sunder said that the secret of its success is its legacy. “This business requires a lot of hardwork. We spend at least 60-70 days in international research. We invest in our customers. My shop is a play field for children. If they break something accidentally, we don’t charge their parents for it,” he said.

When asked if Mr Sunder wants to convert it into a franchise store like many other shops, he said, “What for? Legacy of my great grandfather is very important to me.”