In another case, five other Turkmenistani nationals were intercepted after their arrival at the airport. 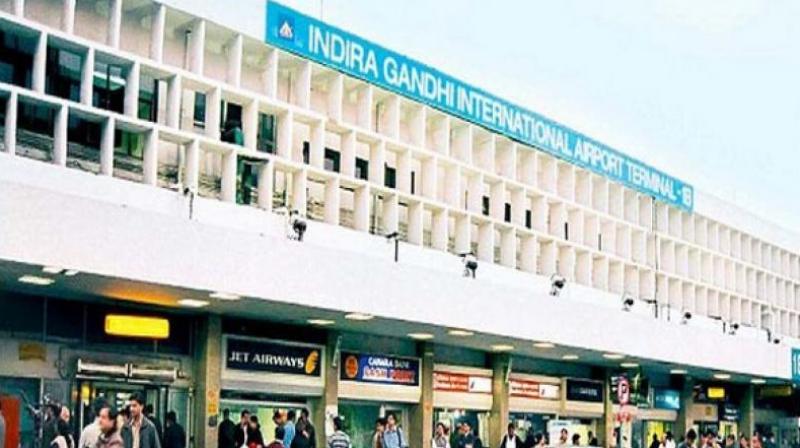 New Delhi: Two Turkmenistan nationals have been arrested by Customs personnel for allegedly trying to smuggle into the country gold valuing around Rs 95 lakh at the Indira Gandhi International (IGI) Airport.

The duo was intercepted after their arrival from Turkmenistan on Saturday. “A personal and baggage search resulted in recovery of gold weighing 3.05 kg. The gold was in the form of gold rings interwined and given the shape of chains. They were ingeniously concealed in a black cloth, which was wrapped on the waist line and around the neck of the passengers,” the customs officials said.

The value of the seized gold is Rs 94.9 lakh. The two also admitted to having smuggled another 2.65 kgs of gold worth Rs 1.77 crore on their earlier visits.

In a related incident, the officials had on Friday arrested 28 Turkmenistan nationals, including 22 women, for smuggling gold worth Rs 5 crore at the Delhi airport. The seizure was made in two cases at the airport on Sunday.

In the first case, 23 passengers were intercepted after their arrival from Turkmenistan. A personal and baggage search of these persons resulted in recovery of gold weighing 15.5 kgs. The gold was in the form of multiple gold rings intertwined and crudely given the shape of chain and bracelet.