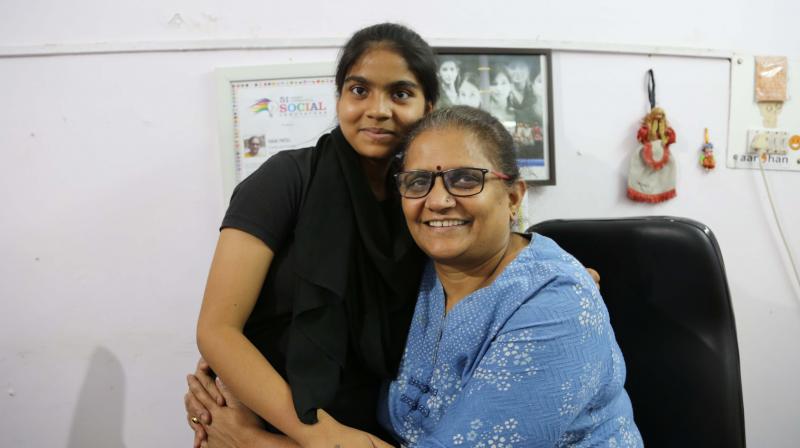 New Delhi: In contrast to the glittering festivities in top private schools to hail some of city’s Class 10 toppers, a quiet yet proud celebration took place in a slum cluster in south Delhi’s Malviya Nagar. Sixteen-year-old Ateeb Qadir - who scored 95 in math – accepted greeting from well-wishers with a hug and sweets.

The son of a daily wager from a government school has achieved something which nobody in his neighbourhood has achieved, in years. He credits his aggregate score of 89 per cent to the free coaching and support from NGO Aarohan in the past five years.

“We were taught math by Aarohan’s volunteers like IITian Harshit Chauhan and provided books as well,” said a jubilant Ateeb, who aspires to be an engineer.

Aarohan chairperson Rani Patel said, “We gave the 30-odd underprivileged Class 10 students the right environment for studies and helped them gain confidence. All our children have excelled.”

Ms Patel said Ateeb is not the only star performer from Aarohan family. Ruchi, a daughter of a domestic help, scored 82 per cent in Class 10. “She had fainted on the day of one of her exam but gathered her confidence in time to shine,” said Ms Patel.