Addressing the volunteers, Mr Jaju claimed that the social media has immense power and the party is a pioneer in exploiting its potential. 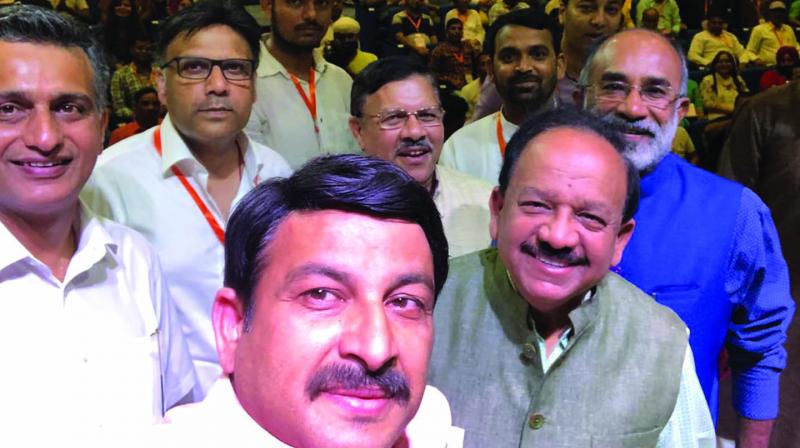 Co-in-charge Delhi BJP social media department, Neelkant Bakshi told this newspaper that volunteers were selected through an online registration process and this was third such meet since 2016.

Addressing the volunteers, Mr Jaju claimed that the social media has immense power and the party is a pioneer in exploiting its potential.

Mr Jaju advised the volunteers to become more active in explaining achievements of Modi government instead reacting to negative or fake news.

Union tourism minister Mr Alphons talked at length about several important initiatives started by the Modi government in the past four years and asked social media volunteers to spread them with facts.

Dr n told audience that four years achievements of Modi government is much more than the work done the Congress in its 65 years rule.

He said social media is a significant medium for creating social awareness and bringing social changes but while using it the activists need to understand that their posts should not create social unrest or social strife. He called upon the volunteers to be in regular touch with the party’s social media team.