The results will show what the youth of this country thinks about the government decision to abrogate Article 370. 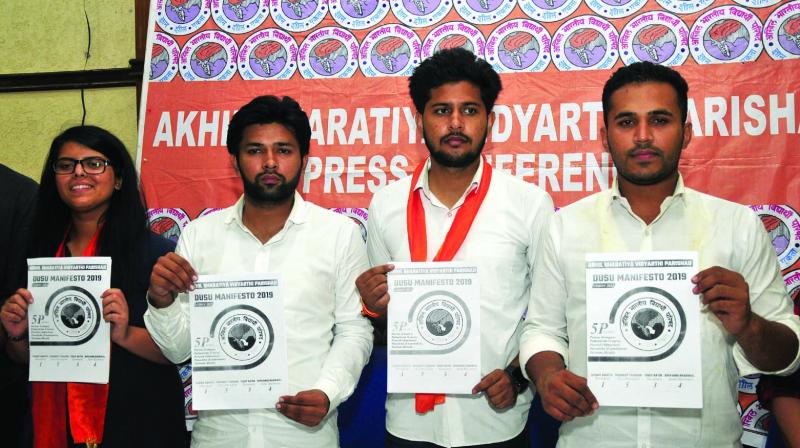 New Delhi: There is an intense debate going on in the Delhi University campus whether the abrogation of Article 370 in Jammu and Kashmir will have any bearing on the varsity’s students union poll results.

The student body’s results gain significance as it will reflect the mood of the youth, who will also be participating in the Assembly elections due in February next year. The BJP had even engaged a battery of senior leaders to ensure the victory of RSS-affiliated student wing, Akhil Bharatiya Vidyarthi Parishad (ABVP).

The Delhi BJP has appointed two of its vice-presidents, Abhay Verma and Rajiv Babbar, to manage the DUSU (Delhi University Students Union) polls, to be held on September 12.

Mr Babbar told this newspaper that DUSU poll is a major election to be held in the city after the abrogation of Article 370 and before the Delhi Assembly polls next year.

“The results will show what the youth of this country thinks about the government decision to abrogate Article 370. We believe that students will support the Modi government’s decision by electing the ABVP panel in the DUSU polls,” Mr Babbar added.

Talking about the importance of the DUSU poll for BJP this year, a senior party functionary said that if the results came in ABVP’s favour, the saffron party may use it as the key achievement of the Modi government along with others.