Metros   Delhi  08 Oct 2020  Delhi gets a 'Green' war room in its fight against pollution
Metros, Delhi

Delhi gets a 'Green' war room in its fight against pollution 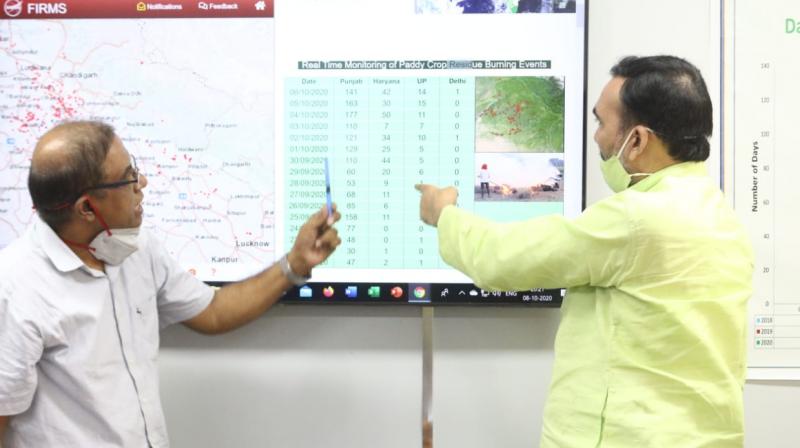 The minister said a 10-member team has been set up to monitor the levels of primary pollutants, measures taken to curb pollution and status of complaints received through Green Delhi mobile application.

Satellite data related to farm fires in the neighbouring states will also be analysed in the green war room.

There are different agencies working to deal with the problem of air pollution in Delhi. The green war room has been set up to coordinate their efforts, Rai said.

He said the control room will work towards ensuring stricter enforcement of guidelines to check dust pollution at construction and demolition sites, ready-mix concrete plants, and garbage burning.

This anti-dust campaign will continue in mission mode till October 15 and strict action will be taken against the violators, he said.

The environment minister said the pollution levels at 13 hotspots in the city and the steps taken to bring them down will also be monitored via the green war room.

He added that daily reports on the number of complaints received and grievances redressed will be sent to Chief Minister Arvind Kejriwal.