The street, the residents say, is usually not accessible as there is no space left for any vehicle to pass. 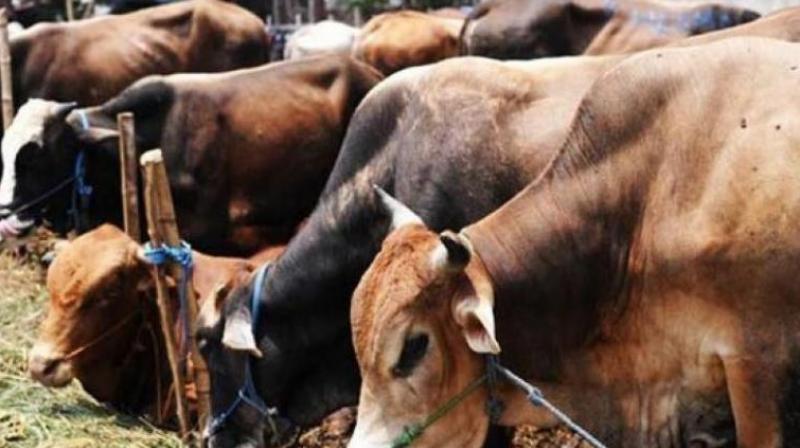 New Delhi: Some residents of East Delhi’s Shakarpur are fighting for decades against an illegal cowshed and dairy in the area, a battle which has not yielded any result yet. In the last two decades, applications from local councillors to chief ministers and lieutenant governors had little impact on the operations of the dairy in the school block, claimed those fighting against it.

Sharad Dixit, president of Vikas Samiti Residents Welfare Association, says in 2008, the Delhi High Court (HC) had ordered the then unified Municipal Corporation of Delhi (MCD) to relocate all illegal dairies to Ghogha which has been developed as a planned dairy colony on the outskirts of the city. However, still many illegal dairy farms are operating in houses in densely-populated urban areas of Delhi which has no space for cows and buffalos, Dixit, also an advocate, said.

80-year-old Jaipal Singh Verma, who has been living in the area since 1988, says whenever someone steps out of his or her house, they are hit by the stench of dung. The family, which owns the dairy, milks the cows on the street or in a room in their house and lets them loose on the roads everyday, he claimed. The residents have also taken help of RTI to fight the menace of this illegal dairy farm but that was of little help. The EDMC’s Director Veterinary Services had imposed fine on the said dairy in January on an RTI application by Jagdip Gill. “The same could not be implemented as the diary owner was allegedly tipped-off about the raid and he had moved his cows to a different location,” Gill said.

The cattle feed on garbage, creating a mess around the public dustbins in the area, he said. At anytime in the day, one can see more than 10 cows loitering in the area or tied to the railing of a transformer there, Gill said. The street, the residents say, is usually not accessible as there is no space left for any vehicle to pass. There have been accidents in which riders have suffered injuries.