The injured journalist was rushed to a nearby hospital where he is undergoing treatment, he said. 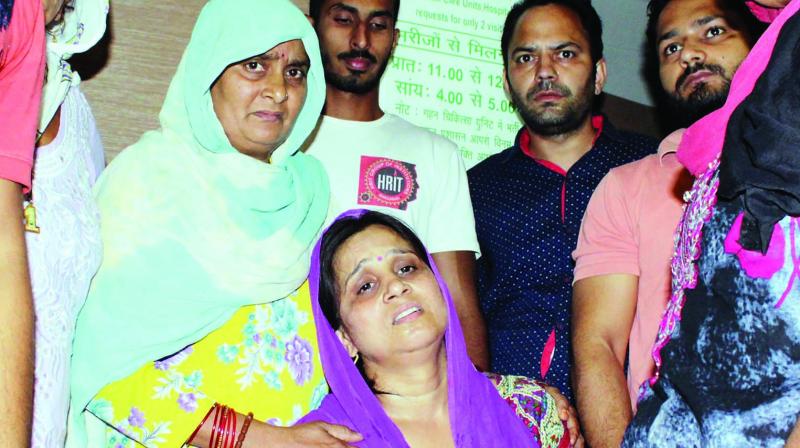 Nisha Chaudhary, the wife of the TV scribe, at Ghaziabad hospital. (Photo: PTI)

Ghaziabad: Two bike-borne men barged into the residence of a TV journalist here on Sunday and shot him in the stomach and right hand following which he was rushed to a hospital, a police officer said.

Anuj Chaudhary, who works with a Hindi news channel, is the husband of a BSP councillor, Nisha, and the police are looking at past enmity as being a motive behind the crime, he said.

Senior superintendent of police Vaibhav Krishna said that two bike-borne assailants, who were wearing helmets, barged into the journalist’s residence and fired at him.

“The firing incident occurred due to old enmity,” Mr Krishna said. Mr Chaudhary’s wife is elected as councilor on a BSP ticket, a police officer said.

The injured journalist was rushed to a nearby hospital where he is undergoing treatment, he said. “The family members have identified the assailants, though a complaint is yet to be filed,” Mr Krishna added.