The 80,000 personnel strong force raised in 1962, in the aftermath of the Chinese agression, is primarily tasked to guard the China border. 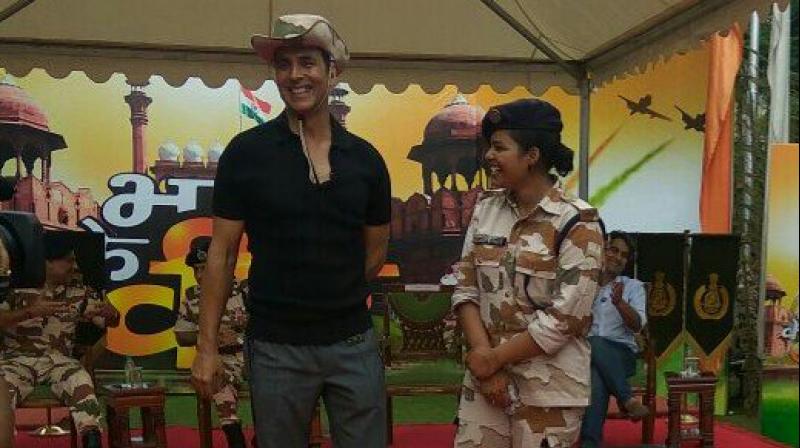 The actor met jawans and officers of the mountain-warfare trained force and said he recognises the hardships faced by the troops and will take steps to help them get an enhanced recognition, a senior ITBP officer said.

"Lovely visiting the Indo-Tibetan Border Police Force Wednesday morning. Nothing but deepest respect for their never- dying spirit!," the actor wrote on Twitter after visiting the headquarters of the force in New Delhi.

The officer said Kumar was also shown a display of equipment and gadgets used by the force during operations as he interacted with the personnel and said he also would visit the forward posts of the paramilitary.

ITBP Director General (DG) RK Pachnanda and other senior officials told the actor about the functioning of the force in high-altitude areas and other risk-prone areas, the officer said.

Earlier in 2017, Kumar, along with Union Home Minister Rajnath Singh had launched an online government portal called 'Bharatkeveer' where any person can donate funds to the families of those Central Armed Police Forces (CAPFs) personnel who were killed in the line of duty.

The about 80,000 personnel strong force raised in 1962, in the aftermath of the Chinese aggression, is primarily tasked to guard the 3,488-km China border apart from rendering a variety of duties in the internal security domain of the country.