Auto driver stabbed to death after tiff over fare

During interrogation, police learnt that four men had hired the auto from Khanpur for Connaught Place. 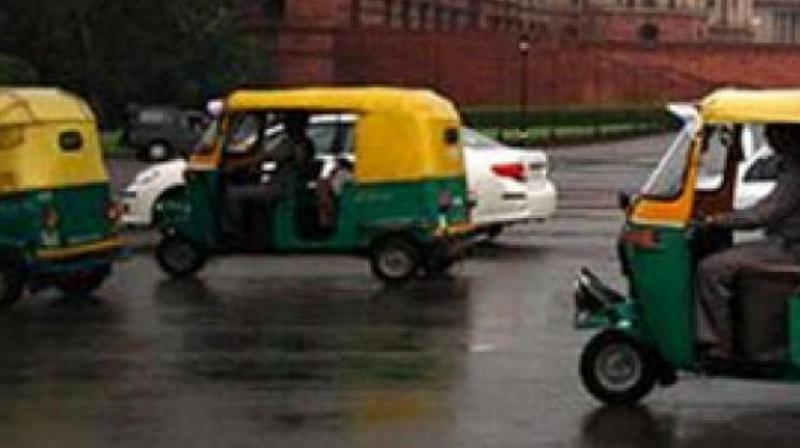 The deceased was identified as Jahangir Alam, a resident of Jamia. (Representational Image)

New Delhi: A 26-year-old auto-rickshaw driver was stabbed to death allegedly by his passengers over charging extra fare at night and carrying an additional passenger at Connaught Place.

The deceased was identified as Jahangir Alam, a resident of Jamia. The incident took place on Sunday. At about 11.30 pm, a police team spotted an injured Alam near a restaurant at KG Marg. Alam was rushed to Ram Manohar Lohia Hospital, where he died during treatment, a senior police officer said.

Meanwhile, the Tilak Marg police was infor-med that a man, who had allegedly stabbed the auto driver, was apprehended by the public at Balwant Rai Mehta Lane. A blood stained knife was also recovered from his possession.

During interrogation, police learnt that four men had hired the auto from Khanpur for Connaught Place. On the way, a dispute erupted between the driver and passengers over charging higher fare and carrying an extra passenger. The dispute escalated, leading to the stabbing of the auto driver.